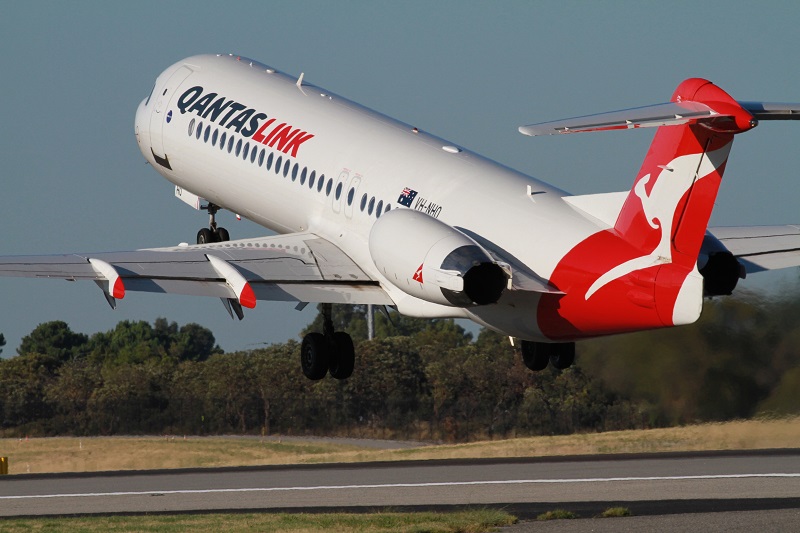 Australia’s major airline Qantas, which is the world oldest continuously operating and most experienced airline* is a big winner in the 2021 AirlineRatings.com Airline Excellence Awards.

The airline picked up Best Lounges, Best Domestic Service, and was named 4th in the AirlineRatings.com Top Twenty.

AirlineRatings.com promotes excellence and innovation in the airline industry and the pinnacle of these efforts is its Airline Excellence Awards.

A major win for Qantas was with its lounges which are an Australian air travel institution while its overseas lounges are also an industry benchmark.

Qantas lounges not only provide complimentary food and beverages but the airline was a leader in installing showers. Importantly, the airline’s lounges have robust broadband internet access that can handle demand – something lacking in many other airlines’ lounges. “The Qantas lounge is the place to be for the savvy traveler,” said Mr. Thomas, AirlineRatings.com Editor-in-Chief.

Qantas Group Chief Customer Officer, Stephanie Tully said “receiving this recognition is testimony to the tenacity of our Qantas Group team members who continue to deliver exceptional experiences to our customers both in the air and on the ground, in the midst of a global pandemic.  Our focus on providing a premium travel experience is as strong as ever and we are honoured to be recognised for those efforts from a field of more than 390 airlines worldwide.”

In an era where domestic offerings are becoming leaner Qantas’s domestic in-flight product is a global leader.

Qantas offers complimentary beer and wine between capital cities after 4 pm on weekdays and on transcontinental flights from lunchtime daily.

QantasLink picked up Best Regional Airline for its service to Australian outback communities. The airline’s fleet is a mix of Airbus A320s, Fokker F100s, Boeing 717s, and Dash 8 turboprops and spans one of the world’s most hostile and remote operating environments.

“QantasLink is an outstanding operation and is a previous winner and again has caught the eyes of the judges because of the extremes in which it operates,” said Mr. Thomas.

Jetstar has won Best Low-Cost Airline for the Asia-Pacific Region. Jetstar was established by Qantas in 2003 and since its humble beginnings with 14 Boeing 717s, the airline has grown dramatically across Australia, New Zealand, Asia, and Japan. Its Australian fleet now numbers 66 A320s and A321s and 787s.

“Jetstar is a top-quality low-cost operation and has been in the winner’s circle several times before at Airlineratings.com,” Mr. Thomas said.

AirlineRatings.com developed its unique seven-star rating system after two years of evaluation and consultation with the industry’s major bodies and associations.

For the yearly ranking the editors of AirlineRatings.com, some of the most experienced and awarded, combine four major international industry and government audits, with another nine key criteria that include: fleet age, passenger review ratings, profitability, investment rating and key product offerings to arrive at a ranking.

“We are looking for leadership, airlines that innovate to make a real difference to the passenger experience particularly in economy class,” said Mr. Thomas.

This year Qantas was positioned 4th.

Its customer approval rating prior to COVID-19 was at an all-time high and it continues to innovate with a pending order for the Airbus A350-1000 to operate from Australia’s East Coast to London nonstop.