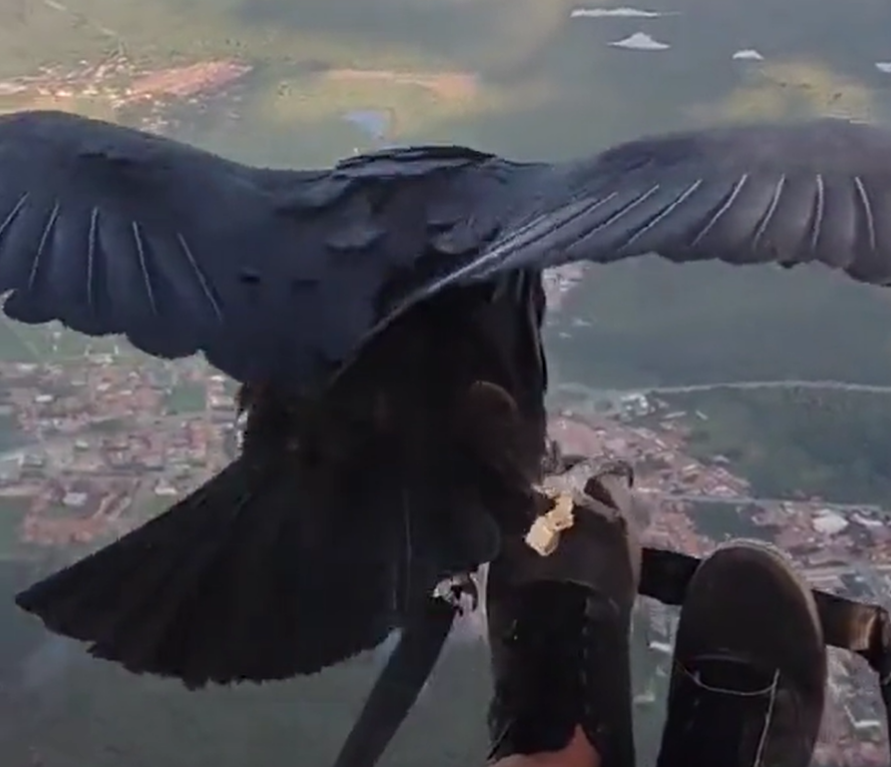 An eagle has dropped in on a hang glider for a nibble of his shoe.

The amazing video was posted by Tansu Yegen.