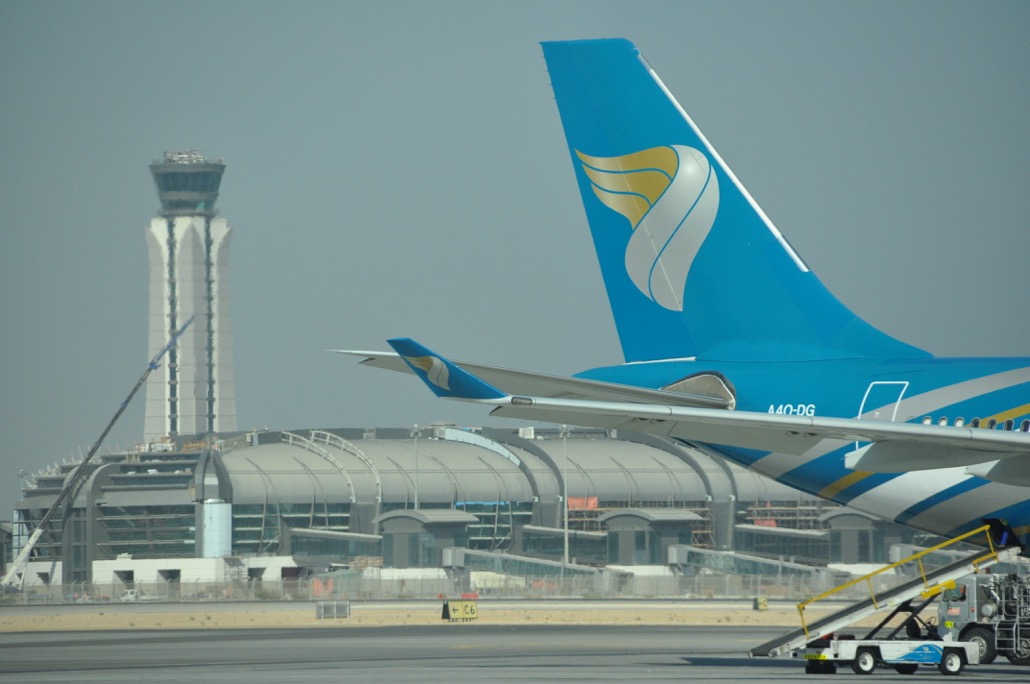 Oman Air, the self-proclaimed “boutique airline” among much bigger Persian Gulf airline giants, is cutting back on ambitious goals set out in richer times.

“It was our plan to operate a fleet of 70 jets by 2020, serving 75 destinations. Now we have adapted that to just 60 aircraft,” Oman Air chief executive Paul Gregorowitsch told journalists in Hamburg, Germany.

The Sultanate of Oman is one of the biggest Gulf states in size, equal to Poland or Italy, but inhabited by only 4.4m people.

Oman Air was founded as a regional carrier in 1993, entering intercontinental markets in 2007 with flights to Bangkok and London-Heathrow.

But now the economic situation of the Gulf states has deteriorated dramatically with a permanently fall in  oil prices.

“There is a cash shortage in the whole Gulf region,” says  Gregorowitsch, a Dutch national who previously served as chief operating officer at Air Berlin.

While the current oil price hovers around $US55 a barrel, “we will never get back to $80 or $90,” predicts  the CEO, “but they continue to spend money in the Gulf as if oil would still sell for $90.”

Oman and the whole region “faces enormous economic challenges and needs to become more sustainable. We are forced to operate more in the way of a normal, commercial business, while remaining the national airline,” says Gregorowitsch.

It is not clear yet which long-haul aircraft Oman Air will operate in the future.

“The question, that will be answered by the board also for political reasons, is whether we replace the A330s with A350s or streamline our portfolio to operate a pure Boeing fleet,’’ says Gregorowitsch.

“I would be very much in favour of going all-Boeing, as it brings huge economic benefits.”

As with all Gulf carriers, Oman Air is currently in a state of redefining itself because of changed fortunes.

“Dubai was built on a credit card and now is not generating cash anymore, an airline consolidation in the Gulf is long overdue,” the Oman Air chief says.

In contrast to its neighboring states, it is not a case of Big is beautiful in Oman.

“The Sultanate aims to be sustainable, all income is reinvested in the country and not poured into wars as elsewhere,” the airline executive says.

“Members of the government are traveling less and often not in premium classes, and most importantly, we don’t get any more state money.”

Gregorowitsch is the only Gulf airline boss openly admitting to receiving state aid.

This means his airline has to look for new allies.

One of them is Lufthansa with which there is an “excellent” partnership already, Oman Air has codeshare agreements with no less than 35 carriers.

Gregorowitsch does not see his carrier joining an alliance but would not rule out a merger.

“If we don’t want to end up like Malév or Sabena we need growth, and that is possibly only to be had with a partner,”  he says.

At the same time,  the airline chief sees signs of imminent consolidation already in the Gulf:

“The current integration of the offerings of Emirates with Fly Dubai, which now serves eleven destinations on behalf of Emirates, is a good example,’’ he adds. “ And I wouldn’t rule out a merger of Emirates and Etihad.”

The next important step for Oman Air will be the long-delayed opening of the new airport in Muscat, just opposite the old one.

It will now start operations on March 25, 2018, for the summer schedule, while the ceremonial opening will take place on National Day, November 23.

“The second runway and the last part of the terminal haven’t been finished yet,” Gregorowitsch observes. “They had the same problems as Berlin’s new airport with fire protection installations and high-voltage cables. Also, everything was ordered in times of richness, only the most expensive outfitting, from within it looks like a mixture of a palace and an art museum.”

At first, it was perfectionism delaying the opening but lately, standstills have been due to a cash shortage, meaning contractors couldn’t be paid and stopped working.

After moving to the new complex,  Oman Air plans to establish new routes to Hong Kong and Seoul.

“Otherwise, we’d rather go double daily than to open up new routes,” says the CEO.

Currently, there are two flights a day only to London and Kuala Lumpur, while Bangkok is served three times a day and there is one daily flight to each Frankfurt, Munich, Zurich, Paris, Milan, and Manchester.