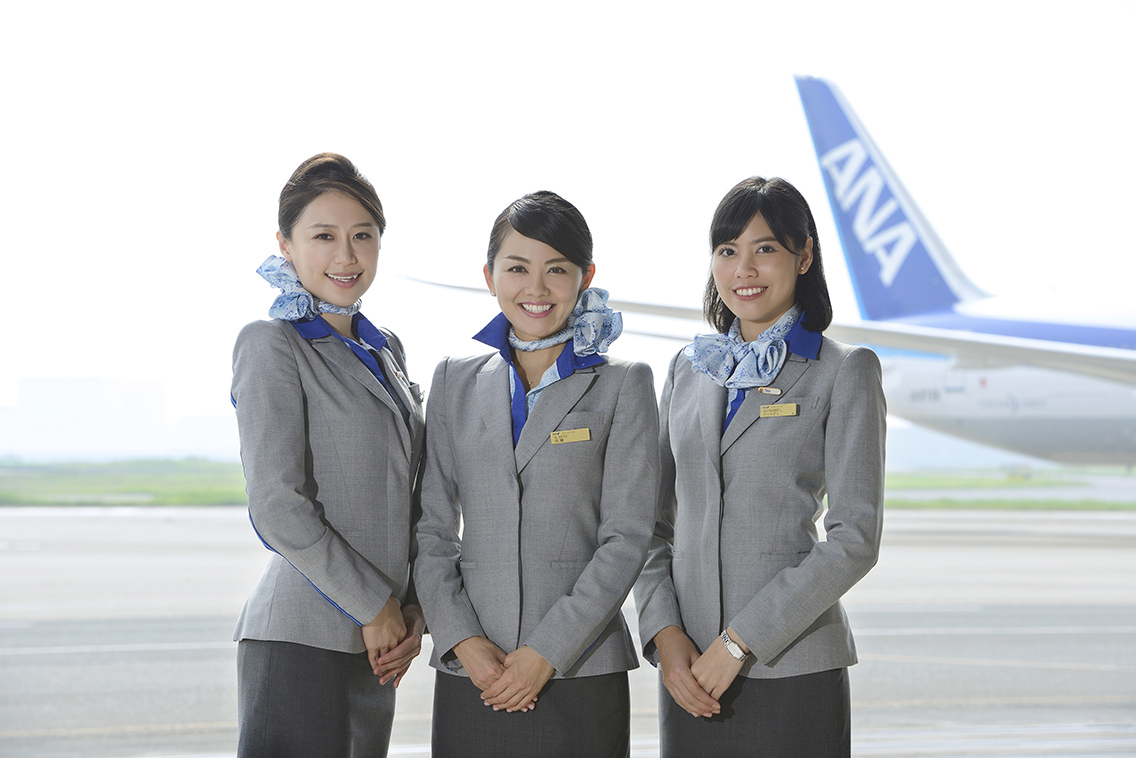 All Nippon Airways — ANA — is one of the world’s leading airlines, can trace its heritage back to 1952 but was able to serve only domestic routes up to 1986 when the Japanese government relaxed its airline policies and allowed the airline to spread its wings across the globe.

The airline has evolved into a real industry trendsetter and was the launch airline for Boeing’s 787 and is the biggest operator of that plane, with 67 in service and 16 more on order.

The airline was also amongst the first customers for Boeing’s newest jet, the 777X, that will enter service in 2020.

Also, in the airline’s fleet are three A380 superjumbos which it uses on Hawaii services.ast forward to today and ANA spans the globe on 81 international routes, 120 domestic routes and has a fleet of 267 aircraft and has become the largest airline in Japan.

All Nippon Airways has been at the forefront for years in cabin innovation.

Its Business Class seats allow passengers to spend their time as they wish, with a lie-flat design and a staggered arrangement ensuring the convenience of direct aisle access to all.

Watch a movie, catch up on work or just sleep, the Business Class product caters for all demands.

The airline was also one of the first to introduce Premium Economy Class which provides an increased seat pitch for extra leg room and seat width and also provides a larger touch panel monitor.

Even the airline’s Economy Class has a generous seat pitch at 86cm (34 inches) which is 5cm more than most airlines. And the generosity doesn’t end there.

All Nippon Airways has a very generous luggage allowance of 2 pieces of luggage in all classes.

Economy and Premium Economy get 2 x 23kgs while Business Class get 2 x 32kgs.

And as a bonus, the airline has A$100 add-on fares to the entire ANA domestic network, which by the way is the largest in Japan. (domestic tax may apply).

Recently the airline announced an upgrade of its in-flight offering with all business class passengers able to pre-select meals plus revamped sleepwear and amenity kits.

Previously only ANA Mileage Club members travelling in business class were able to select meals on the airline’s website prior to departure.

From March this year, all business class passengers can choose meals from an expanded menu up to 24 hours prior to departure.

This includes a choice of international options plus a selection of Japanese dishes.

Those heading from Japan to North America (except Honolulu), Europe, Southeast Asia and India will be able to pre-order dishes from ANA’s “The Connoisseurs” premium meal program developed in partnership with elite chefs.

There is also an upgrade in Japanese first and business class dishware to make the meals more visually stimulating.

Customers travelling in economy or premium economy now have access to expanded dining options, although this exclusive service comes at a small cost.

The range of upgraded menu options is available for 2,500 yen (about AUD30) that can be selected up to 24 hours ahead of a flight.

Upgraded amenities will see First Class passengers receive top-of-the-line feather comforters from Nishikawa Sangyo and duck down pillows, both covered in Egyptian cotton, as well as a new blanket and cardigan.

Business Class travellers now have access to high-quality feather comforters from Maruhachi Product as well as a dual-layer pillow with a 100 per cent Egyptian cotton cover. They will be complemented by newly designed cardigans and pajamas.

Both Business and First Class travellers get new amenity kits from Globe-Trotter with high-end Japanese cosmetics.

The airline is also revamping its seating on wide-body (777, 787) domestic flights and increasing the size of its premium offering.

The airline’s new premium seats will boast a 15-inch touch screen — the largest in the domestic fleet — matched by an enhanced entertainment library and expanded Wi-Fi entertainment options.

The new seats will be made of “advanced fabric” and include storage for personal items, a rotating table and retractable side table, privacy partitions as well as a PC adapter and USB power.

The new economy seats are designed by automotive designer Toyota Boshoku and ANA says they are designed to maximize comfort and safety. Designers considered a full range of body types and postures to find the ideal balance for the seat as well as to determine monitor positioning.

The comfortable tailored seat distributes pressure evenly throughout the body to make sitting more comfortable. In addition, the backrest frame shape has been optimized to make it perfectly fit a range of body types.

These same seats and accompanying features have already been installed in six ANA B767-300 aircraft and the airline has received overwhelmingly positive feedback.

The 11.6-inch touchscreen is the biggest yet for All Nippon Airways’  domestic economy class and the seats also feature an ergonomic beverage holder, PC power points and USB power.

There are also transparent pockets to make it easier for passengers to see what they have in them.

“These new seats represent ANA’s commitment to advancing comfort, service and hospitality on international and domestic flights alike,’’ the airline says. “The company will continue searching for ways to raise the bar in order to remain a global standard bearer and premier air travel provider.”