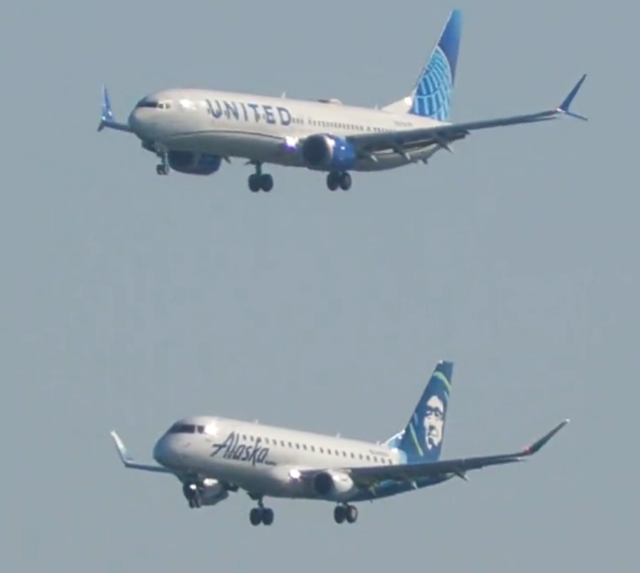 NickFlightX has captured on video the perfect synchronized touchdowns at SFO (San Francisco Airport) with a United 737 MAX 9 and Alaska E175 landing together.