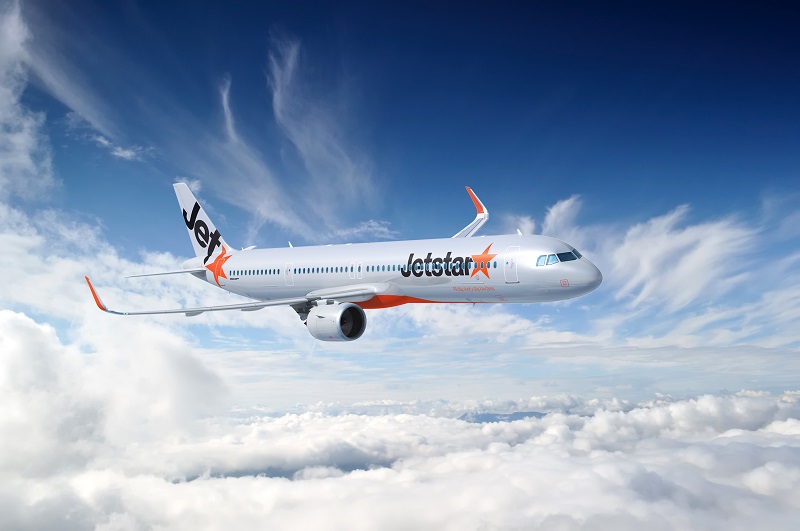 Jetstar passengers are in for a smoother, more efficient ride thanks to advanced weather radar being fitted to its new aircraft.

The second version of the Honeywell IntuVue RDR-4000 is already on four planes — two that have been retrofitted and two new aircraft — and will also be fitted to the airline’s new A321neo LRs.

The radar scans the sky using 17 tilt angles to deliver a 3-D view of the weather that lets pilots more easily detect hazards such as hail or lightning ahead.

“It will predict lightning and hail in areas and mark it on the radar in front of us on the flight deck,’’ Jetstar fleet ops manager Capt. David McCutcheon told a recent briefing on the A321LR.

“It’s got an accuracy of better than 98 percent.

“That allows us to pre-predict what sort of weather we may encounter, fly around it, give smoother outcomes and better outcomes for our passengers.”

A third generation of radar the airline hopes will arrive with the seventh or eighth A321LR will take that a step further by linking the information from various sources through a Honeywell cloud-based solution.

McCutcheon said the system would take what a Jetstar aircraft detects on its weather radar up to 350 kilometres ahead and feed it into the cloud solution.

The cloud-based program would then take information from other aircraft and ground-based radars and feed it back into the cockpit.

“And that will allow us to look not just 25 minutes ahead, we can look five or six hours ahead at live information,’’ he said.

“That radar will then show us where that weather will be in five hours or six hours when we approach it and we can pre-plan diversions or weather deviations a lot earlier.

“It allows for a huge fuel saving if we can do it earlier and pick up an earlier track rather than about 20 minutes before hand, which we do now.

“It also provides a smoother, a better outcome for the passengers and the crew.”

Bluetooth technology will also allow flight crew to generate a 3-D image of the weather on their electronic flight bags, tablets used to store flight plans and other information in today’s paperless cockpits.

McCutcheon said pilots would be able to move the image to look at the weather from different perspectives and would provide a safer outcome for passengers.

The new weather radar is one of several technological improvements the Australian low-cost carrier expects when it starts taking the A321LR’s from August 2020.

Others include satellite connections that will allow live information to be beamed to pilots’ electronic flight bags from Jetstar’s operations center.

Noting that limitations of the conventional Aircraft Communications Addressing and Reporting System (ACARS), McCutcheon said the A3231LR would allow Jetstar to stream live satellite images of events such as a volcano erupting or an ash cloud or a weather front moving through.

The Jetstar fleet ops manager said this would allow text-based airways clearances from air traffic control that would remove any issues with hearing clearances over the radio.

“It’s a safety improvement and it’s really a first for narrow-body airline operations in this country,’’ he said. “So it’s a great outcome”.