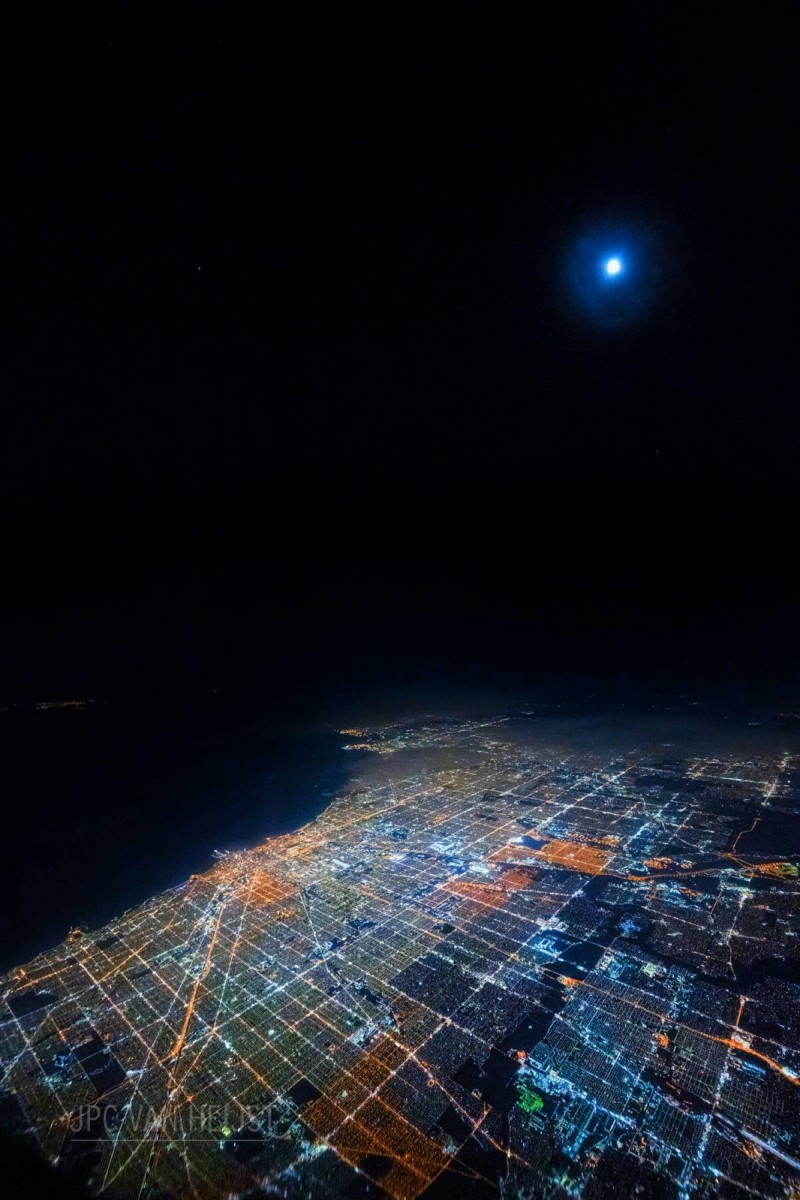 Boeing 747 pilot Christiaan van Heijst has taken a magnificent photo of Moon over a stunning Chicago.

Christiaan takes up the story;

“Forty thousand feet above, a green and white 747 is trespassing the cold sky above down south. Over 2,6 million people in the city alone and many millions more in the grown-together cities and areas that seem like one, big glowing metropolis from above. I estimate this image captured roughly ten million people in total, sleeping, working, living.

“I just love Chicago, having visited this city in the last decade so many times in all the different seasons of the year. Beautiful blazing summer days, strolling along the river, visiting the Navy Pier, enjoying the unique downtown architecture. Or visiting some of the incredible museums this city holds.

“Dining in one of the signature restaurants and calling it a day after attending some of the live Blues music being played in one of the many Blues Bars downtown during those bitter cold snow-covered evenings. Good times.

“Sometimes with a colleague, often alone. Pilots are sent all over the place to fill up gaps in schedules and rosters, leaving me alone in a city quite often for days on end. The life of a long-haul cargo pilot, though I don’t really mind. Always carrying a couple of books with me, working on my laptop, or exploring the cities by myself. A solitary creature by nature, social by choice.