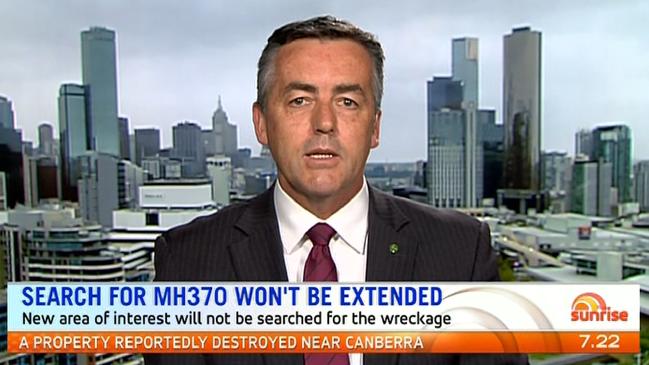 The message to the Australian, Malaysian and Chinese governments from the world’s aviation experts on the disappearance of MH370 is as simple as it is blunt — we have the evidence.

“We have the X marks the spots they say they want – of that there is no question and we have had it since November last year,” one expert told AirlineRatings.com

The Inmarsat satellite tracking data that gave the search team the seventh arc on which the original search area of 120,000km was based two years ago, was not enough in itself to pinpoint the crash site.

That arc stretched for thousands of kilometres down – about 1800km from – the Western Australian coast and meant the search area on the arc was based on a series of carefully worked assumptions about the altitude the plane was flying and its speed.

However, the debris finds over the past 18 months changed everything.

Breakthrough reverse drift analysis done by Australia's CSIRO of the debris enabled the search team to put a couple of broad crosses on the 7th arc and pinpoint the most likely locations either side of a previously searched area.

That analysis has been lauded around the globe.

This was all detailed in the Australian Transport Safety Bureau’s (ATSB) First Principles report released in December.

That report, authored by what has been described as a dream team of crash investigators and international other experts, identifies an area of just 25,000 sq km just outside and to the north of the original search area.

Contrary to the claims of Australia’s Federal Transport Minister Darren Chester, the strong recommendation from the ATSB and its partners was to search this area.

Yesterday’s shifting of the blame for the cancellation of the search by Mr Chester “to advice from the ATSB” was as cruel as it was incorrect.

“I have relied on the experts from the ATSB and from around the world in terms of guiding my involvement in the decision-making process,” he said at a press conference in Canberra.

Also curious were Mr Chester's comments about some unknown new technology potentially sparking a new renewed search at some. ill-defined time he hoped was prior to the 22nd century.

The simple fact is we already have the technology to find the plane, as oceanographer David Gallo pointed out to AirlineRatings.com.

Mr Chester even mentioned himself that a couple of previously unidentified shipwrecks were found during the original search.

The resolution available from the towed and autonomous underwater vehicles was such that the searchers were able to locate and photograph objects as small as oil drums and metal boxes.

This is why the experts who met in Canberra in November last year were able to say with a high degree of confidence that the plane was not in the original search area.
What’s missing here is not the technology but the gumption and the desire to solve this mystery.

An additional A$40-A$50 million cost-shared between three governments is not too high a price to pay to ensure that the all the search possibilities are canvassed in this search.

The assumption is that it was some sort of pilot suicide but what if it wasn’t?

What if it was some problem with the Boeing 777 that the manufacturer, the airlines and flying public need to know about?

However, it appears a head-in-the-sand Malaysian Government just wants to bury the issue, a timid Australian Government is willing to go along and the Chinese Government simply doesn’t care.

As Blaine Gibson, who has found 10 pieces of debris, noted on social media: “There is absolutely no excuse for not searching the new area.”

“The official statement is a fancy way of saying we will not look for it again until we find it.

“It is as comical as it is tragic.”