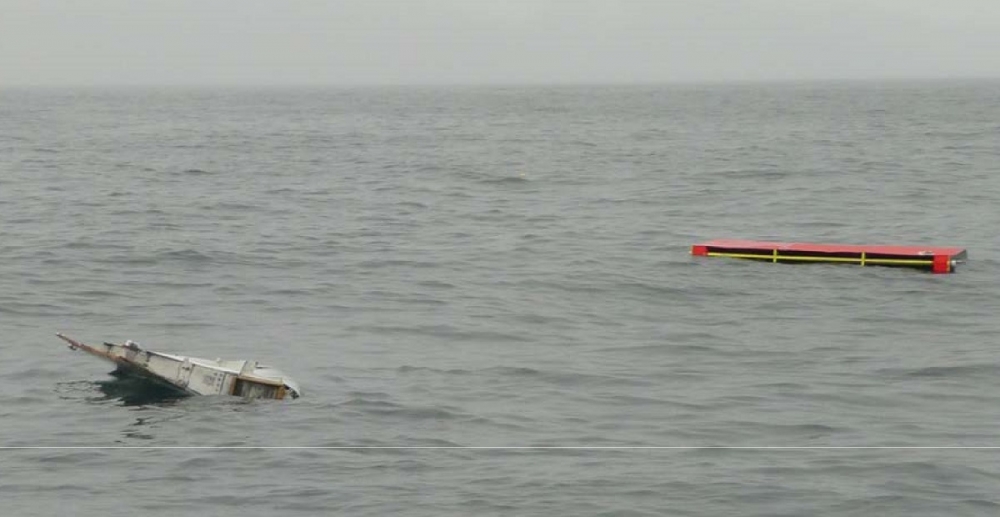 A new drift analysis of an actual wing part from a Boeing 777 has confirmed the most probable location of missing Malaysian Airlines flight MH 370 is within the proposed new 25,000 sq. km search area recommended by international experts.

The finding has increased confidence in previous modelling and strengthened the belief that the wreckage of the plane, which went missing with 239 people on board in 2014,  is somewhere close to the seventh arc defined by an analysis of satellite signals and near latitude 35°S.

The analysis by a CSIRO research team headed by David Griffin and funded by the Australian Transport Safety Bureau builds on research using replicas designed to mimic a moveable wing panel called a flaperon.

A flaperon known to be from MH370 was recovered from La Reunion Island, off the coast of Africa, in July, 2015.

In the latest research, the researchers used a genuine right wing B777 flaperon sourced by the US National Transportation Safety Board.  The flaperon was cut down to reflect the damage suffered by the MH370 part and make it as close a facsimile as possible.

This was necessary because the wood and steel replica flaperons could not be made to float in precisely the same way as the recovered part.  Researchers found the real flaperon was not uniformly thick and had slightly different drift characteristics to the facsimiles, moving faster under high winds and with a bias to the left.

The researchers repeated drift testing near Hobart and re-ran their model and analysis of simulated trajectories, coming up with results that were more consistent with the actual arrival time and place of the MH370 flaperon.

Researchers also looked at where debris was and was not found to narrow down the potential crash site.

The drift analysis puts the crash site between latitudes 40°S and 30.5°S. The arrival of other debris exclusively after December, 2015, and the failure to find floating debris of a 40-day aerial search off Western Australia narrows this down to latitudes south of 32°S.

The absence of debris on the Australian coast is consistent with a few impact latitudes and the region near 35°S is the only one lining up with other factors.

“This new information does not change our earlier estimate of the most probable location of the aircraft,’’ the researchers found. “It does, however, increase our confidence in that estimate, so we are now even more confident that the aircraft is within the new search area identified and recommended in the MH370 First Principles Review.’’

A meeting of international experts in Canberra last year identified the 25,000 sq. km area just outside and to the north of the original 120,000 sq km as the most likely site of the crash and recommended it be searched.

However, Transport Ministers from Malaysia, China and Australia suspended the search earlier this year after aircraft was not found in the initial search area,  saying it would not be resumed unless there was credible new information which could be used to identify the aircraft’s position.

They failed to define what they meant by credible new information and the statement was criticised by experts and family members as meaning the governments would not look for the plane unless it had already been found.