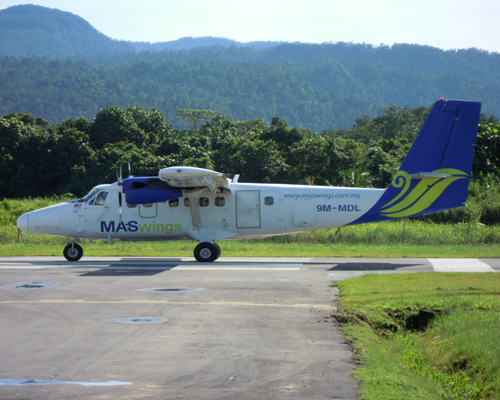 According to Aviation Herald, two people have died after a MASWings DHC-6 Twin Otter 6-300 crashed into a private property in Kudat, East Malaysia.

The aircraft, which was travelling from Kota Kinabalu to Kudat carrying 14 passengers and two crew was on its second approach about to land on Kudat’s runway, however due to strong winds it crashed onto a private property, killing the first officer and a passenger.

Eight other passengers have received both serious and minor injuries.

In their first statement the airline MASWings, which is a subsidiary of Malaysia Airlines reported the aircraft “landed short of the runway in Kudat”.

Following the airline’s third statement, they confirmed one fatality and it then became known the first officer had also passed away in hospital.

The airline reported the captain had a total of 4,700 flying hours and the aircraft had been well maintained.

The airline is in talks with all affected including the owner of the house, which was damaged by the accident.

It is believed that no one was home at the time of the crash.

MASWings has been given a 5/7 safety rating on AirlineRatings.com