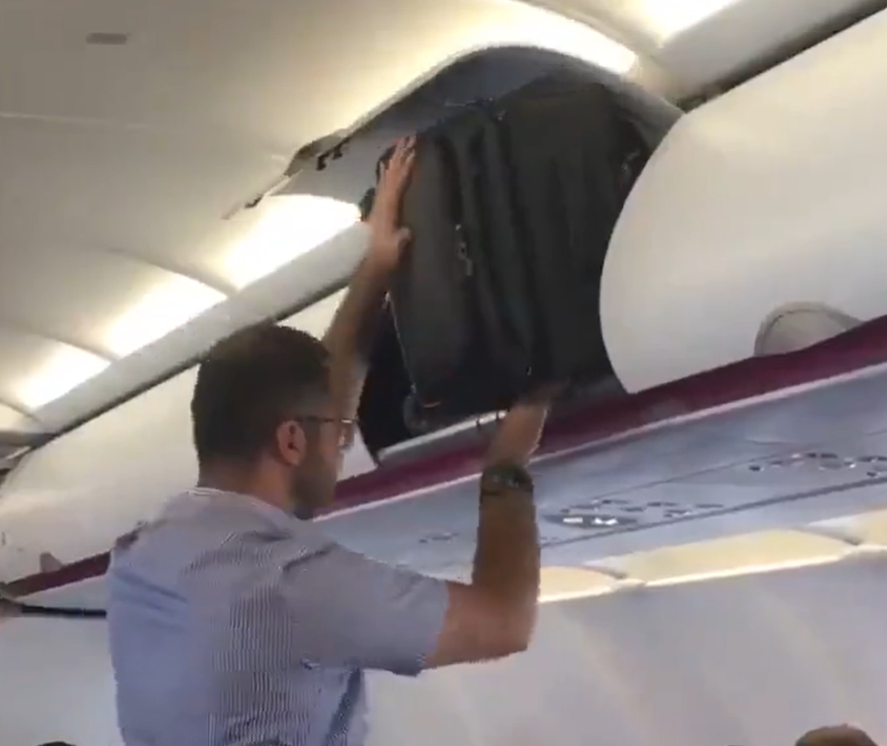 A male passenger has been caught on video trying to force his carry-on luggage into an overhead locker the wrong way.

His predicament was saved by a female flight attendant who simply turned the carry-on luggage around and the solution was found. Easy!