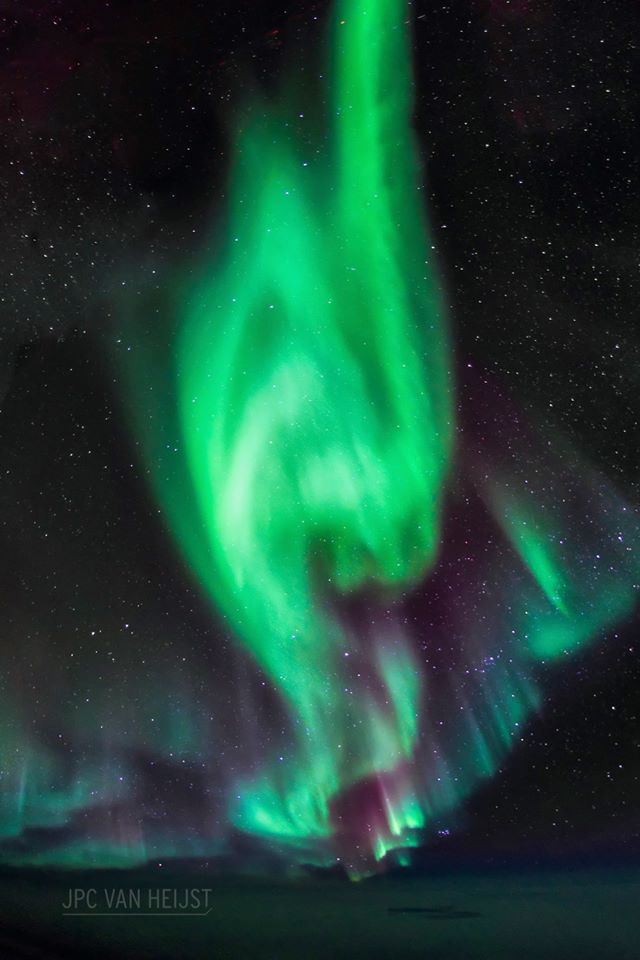 A stunning photo of the northern lights and the galaxy has been captured from 747 pilot Christiaan van Heijst as he speeds vital cargo across the globe. Christiaan takes up the story….
Fifteen hours flying from Chicago to Zhengzhou, China.
Climbing out over Lake Michigan before entering the big expanse of Canada. Hours and hours of flat wilderness. Nameless lakes, rivers, forests and tundra with only a handful of lights from small settlements far and in between.
The Arctic Ocean is next, all the way up to Russia’s far north-eastern Siberia. It’s the smallest of all oceans, but one of the least explored.

I almost feel like one of the famous Arctic explorers tonight, laying eyes on landscapes that have barely been visited by humans. Not by lack of interest, but mostly because of it’s utterly inhospitable nature.Ice, snow, extreme cold, darkness, and a lot of hungry polar bears. Everything down there is out to either kill or eat me. No thanks.
Want to get the story behind the story? Subscribe to the weekly “Back Story”.
But I do enjoy seeing all of it from above, sitting on my comfortable, sheepskin-covered cockpit-seat. Coffee at hand, mozzarella-panini in the oven, and a view that’s nothing short of magic. I notice the ice sheets below, the daunting blackness of the freezing ocean in their massive crevasses.
The nearest diversion airport of Fairbanks is over a thousand miles away. But even more impressive is the jaw-dropping magic unfolding above my head. For seven and a half hours straight, the northern lights give off a show that is literally beyond this world. Gigantic curtains of light that stretch up for hundreds of kilometers into space. Flashing, waving, pulsating in a way I’ve never seen before. The light is almost blinding at times, showing a variety of colors all the time.
To compliment our mystical scene, the ice-covered ocean is delicately reflecting the glow and colors from above, reflecting lights from a blissful nocturnal Arcadia among the constellations. One of the most magnificent things I have ever seen so far.