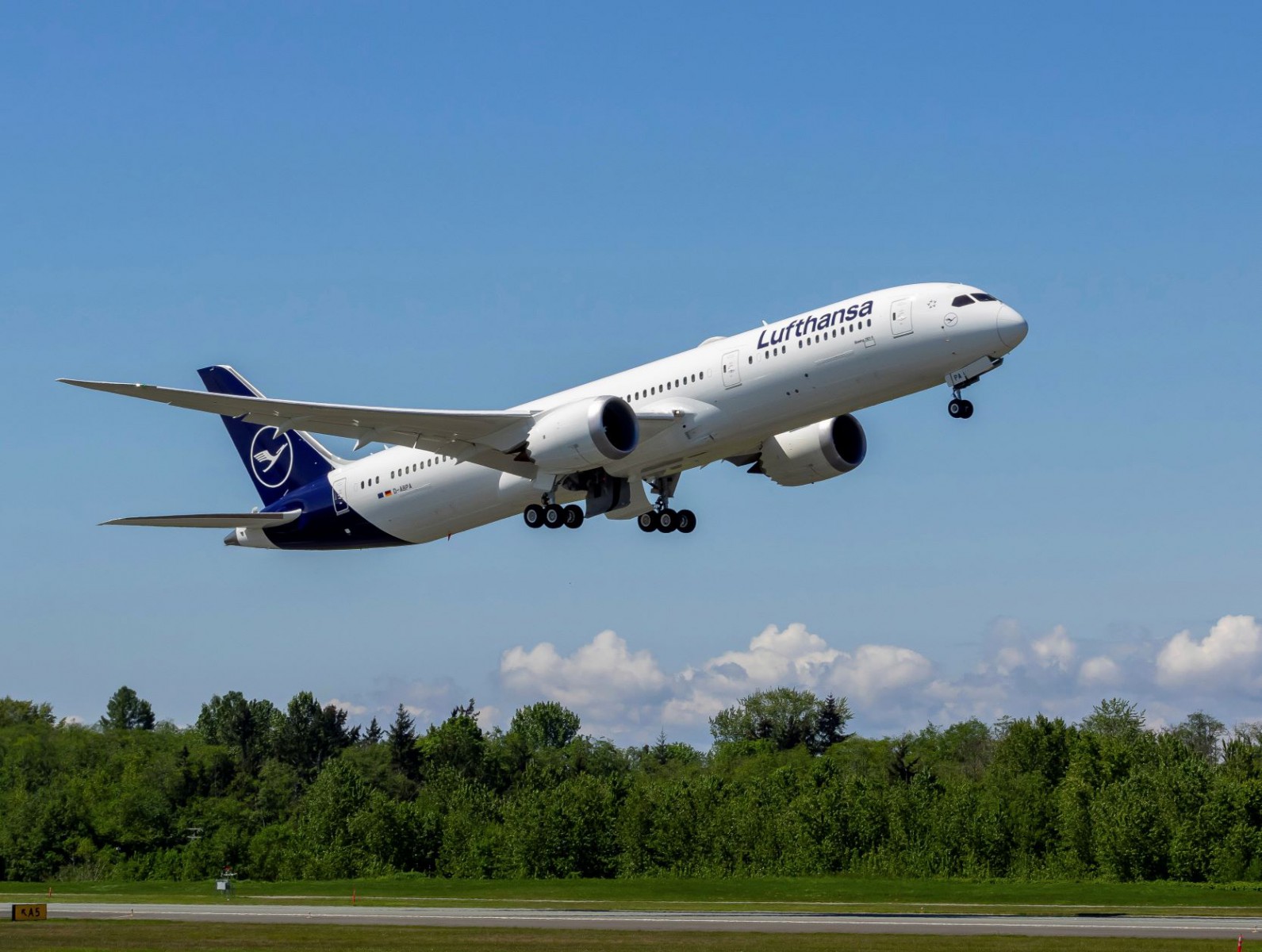 The Lufthansa Boeing 787-9 with the registration D-ABPA (above) and to be named “Berlin” will be delivered to Lufthansa following certification by the FAA (Federal Aviation Administration) this summer.

Lufthansa says the 787 will consume an average of around 2.5 litres of kerosene per passenger and 100 kilometres flown, which is around 25 per cent less than their predecessor aircraft. The CO2 emissions are also improved accordingly.

The airline says that the Boeing 787-9 “Berlin” will have an improved cabin product – including direct aisle access for all guests in Business Class.

Following several weeks of planned cabin refurbishments at Lufthansa’s maintenance in Frankfurt, the aircraft will be deployed initially on domestic German routes for training purposes. The first intercontinental scheduled destination of the Lufthansa “Dreamliner” will be Toronto.

In total, the Lufthansa Group has ordered 32 Boeing “Dreamliner” with delivery between 2022 and 2027.