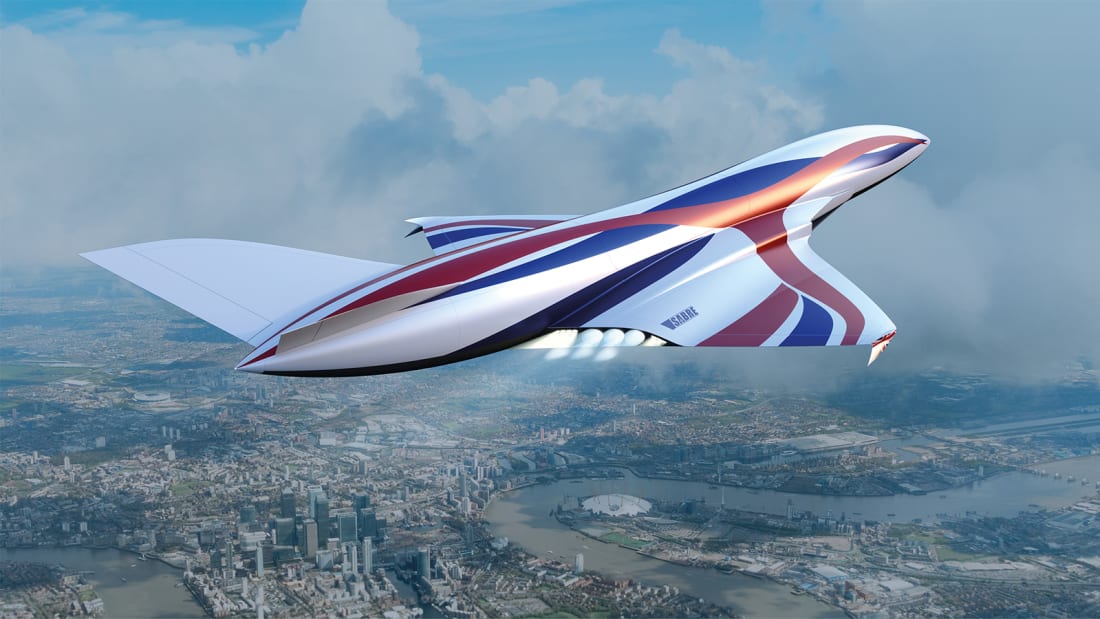 Flight times from London to Sydney could be up to 80 per cent shorter by the 2030s if a hypersonic rocket engine – SABRE – being developed in the UK gets off the ground according to a report from CNN.

The UK Space Agency has announced at the UK Space Conference 2019 this week that it would be working more closely with the Australian Space Agency in an agreement dubbed a “world-first Space Bridge.”

The Synergetic Air-Breathing Rocket Engine (SABRE) engine, from Oxfordshire-based Reaction Engines, looks to be the jewel in the crown of this new enterprise reports CNN.

“When we have brought the SABRE rocket engine to fruition, that may enable us to get to Australia in perhaps as little as four hours,” said Graham Turnock, head of the UK Space Agency.

“This is a technology that could definitely deliver that. We’re talking the 2030s for operational service, and the work is already very advanced.”

CNN says that in April 2019, Reaction Engines announced successful tests of a precooler, simulating conditions at Mach 3.3, or more than three times the speed of sound.

That speed is over 50 per cent faster than the cruising speed of Concorde and matches the speed record of the Lockheed SR-71 Blackbird.

SABRE is unique in delivering the fuel efficiency of a jet engine with the power and high-speed ability of a rocket, enabling air-breathing flight from standstill to more than five times the speed of sound, before transitioning into rocket mode, allowing orbital access. SABRE engines would offer a leap forward in capability and will greatly reduce launch costs.

Reaction Engines told CNN that SABRE combines the fuel efficiency of a jet engine with the power and high-speed ability of a rocket.

A precooler reduces the temperature of gases before they enter the core engine itself.

Recent tests prove that the component can cool gases from over 1,000 C to ambient temperature in less than 1/20th of a second, according to a statement from Reaction Engines.