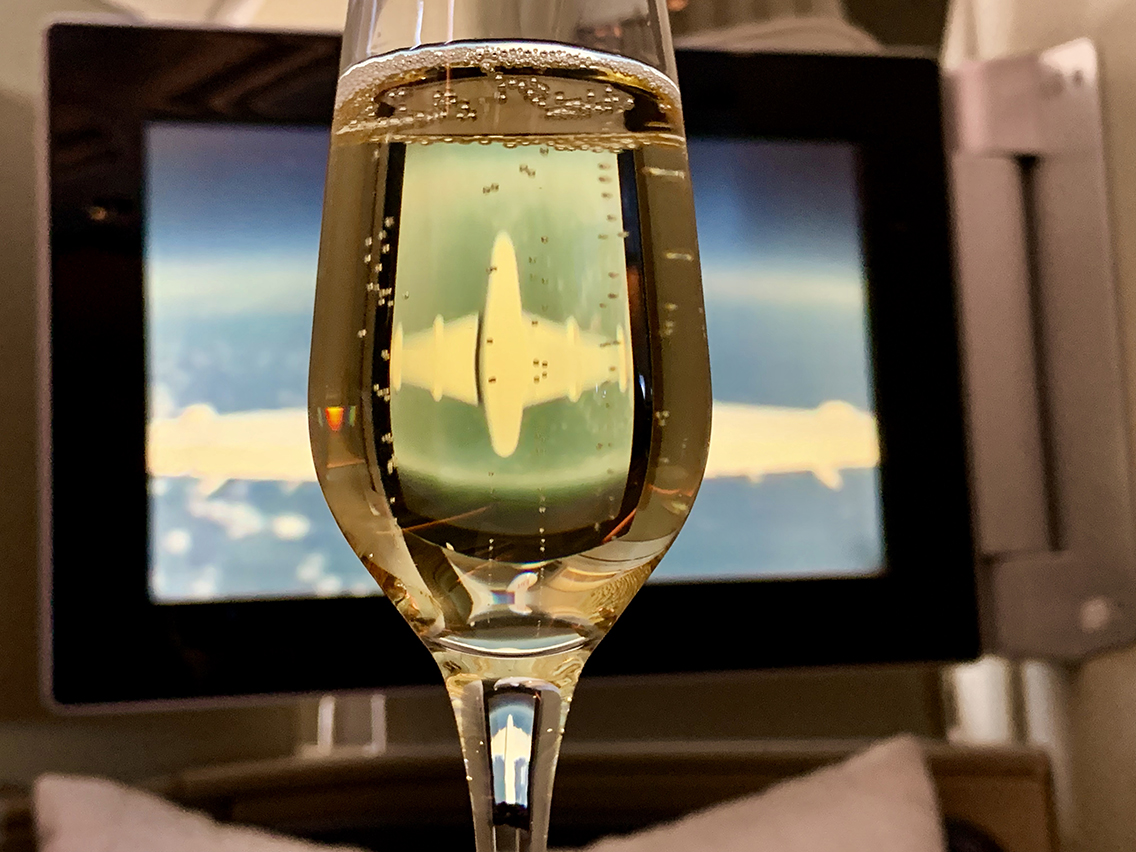 Many ask what is the value of travelling first class, particularly when most business-class offerings have a lie-flat bed in a suite arrangement.

A recent business trip to Los Angeles offered perhaps a hint of the mystique that is first class as I used points to treat myself that one step further.

It wasn’t the use of the stunning Qantas First Class Lounge at Sydney, as I get that anyway being a Platinum Member.

LOVE the high life? Check out our photo galleries

LOVE nostalgia? Who doesn’t? See our fabulous videos from the 50s and 60s.

No, it started with walking towards the first-class aerobridge to be greeted by Qantas staff who escorted me on board and to my seat, which was more like a small room with a seat in the corner.

I was now joined by a very select group of the super-rich and super-smart and I thought, “These are my sort of people”.

The truth was I was way out of my league but I had to play the part and try not to look totally awestruck by the opulence and attention from the cabin crew.

One of the first challenges was to fathom all the buttons that controlled my little bit of paradise.

Once settled, I found myself celebrity watching. Who would join me in the high life at the very pointy end?

I recognized at least three high flyers but now being a member of the first-class society, my lips are sealed.

I chatted with one, who was a bit of an aviation tragic like me, but I can’t divulge any more details. All I can relate is the feeling of exclusivity and privacy — this is what first class is all about and, of course, the food and wine.

I was so impressed by the selections on offer.

Whereas in business class you may like two of the four offerings, this first-class menu was just that, with every dish mouthwatering.

Qantas only has first class on its 12 A380s and these serve London via Singapore, LA, Tokyo, and Hong Kong.

The airline is undertaking an upgrade of its A380s and first-class gets a facelift.

The 14 first-class suites have new contoured cushioning, seat finishes and a bigger, higher resolution entertainment screen. Subtle but very nice and the whole fleet will be completed by late next year.

Qantas has retained its open-architecture first class but if you are seated on the window, you feel totally cocooned.

The middle four suites are more open but once you put your screens up, you hardly notice anyone.

Once settled the culinary extravaganza starts.

Charles Heidsieck Blanc De Millenaires 2004 Champagne and warm olives to keep you company as you grapple with looking the part while trying to look as if you know how everything works. I think I got away with it.

The attention from the cabin crew is almost overwhelming but with a ratio of about one staff to three passengers, it’s not surprising.

After take-off, drinks and canapeés, followed by starters.

I opted for somewhere in between with grilled Sri Lankan chicken skewers. Magnificent!

The snapper I chose would have impressed the harshest food critics. It was poached in garam masala with fin egg noddles and snow peas.

To finish, more indulgence. A selection of cheeses followed by Affogato with Maggie Beer burnt fig honeycomb and caramel ice cream with macadamia biscotti and Muscat.

And during the night what is better than a pot of tea while discovering the great British TV series Morse….only 25 years late!

Breakfast was another feast but it also signaled the end of my journey with the stars.

First-class on Qantas is just that — first class. For 12 hours I felt like a king, I didn’t want to sleep, although the bed was so comfortable, I lost six hours.

If ever there was a reason to accumulate frequent flyer points, this is it. Just once, treat yourself and someone you love.