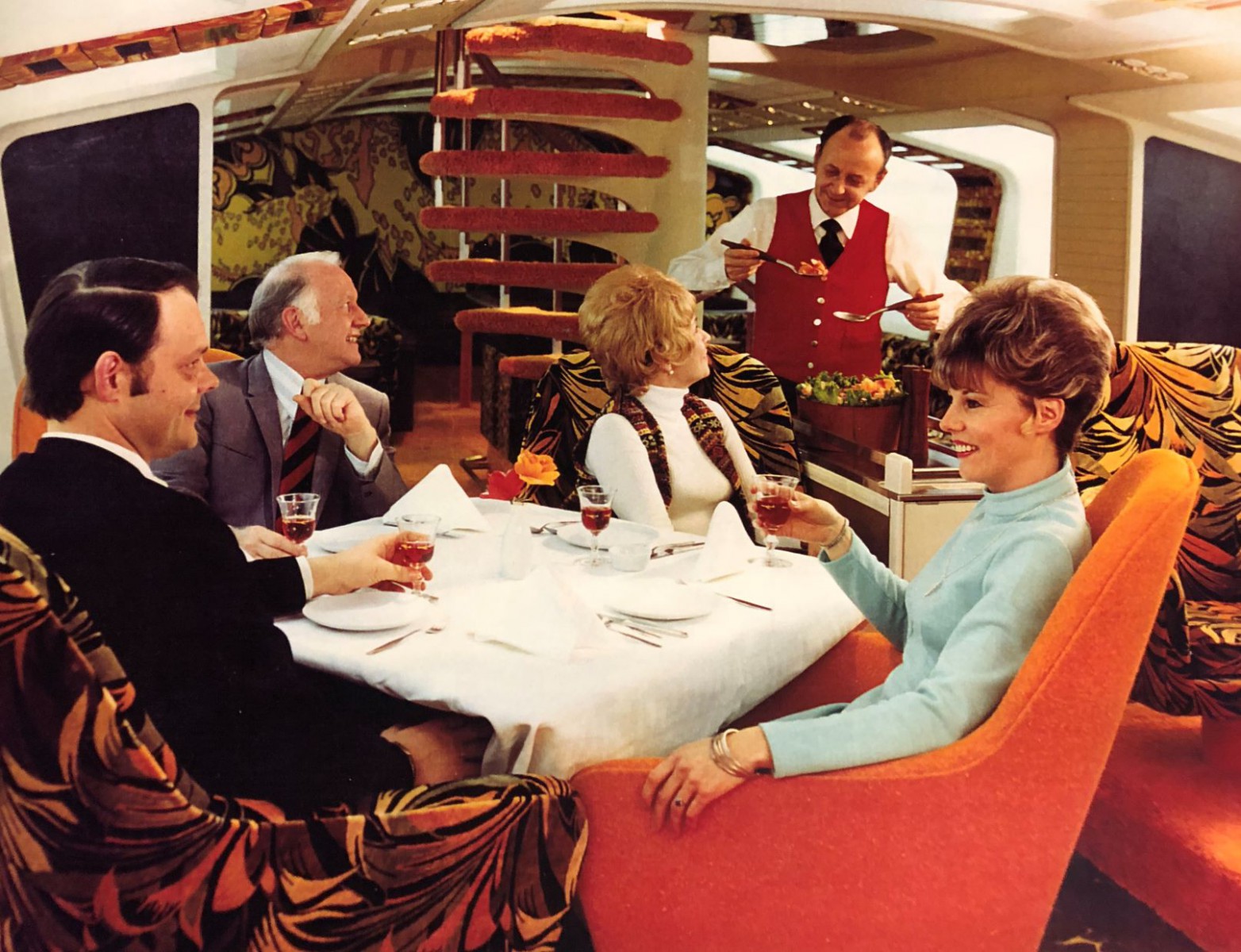 Anyone for a jumbo 747 restaurant or a downstairs cocktail lounge?

They were just some of the crazy – and not so crazy ideas – that Boeing and other manufacturers came up with to sell the virtues of new jumbo designs that promised room to move.

Boeing introduced the spacious age with its 747 in 1970 but airline chiefs were initially scratching their heads wondering how to fill all the space as the 747 was more than twice the size of the 707 it would replace.

READ: The supersonic airliner that turned into a white elephant.

So the interior designers had a field day with creativity. Here are just some of the ideas.

The Tiger Lounge (below) was offered as a downstairs option for the 747. (All photos from Boeing Historical Archives)

Access from the main passenger deck was via a staircase.

Another variation was to turn the space into a downstairs restaurant.

And there was to be a smoking club bar area as well.

Boeing also suggested that the nose area of the 747 could be used as a lounge.

Another option was an “Austin Powers” styled lounge – about 20 years before Austin Powers!