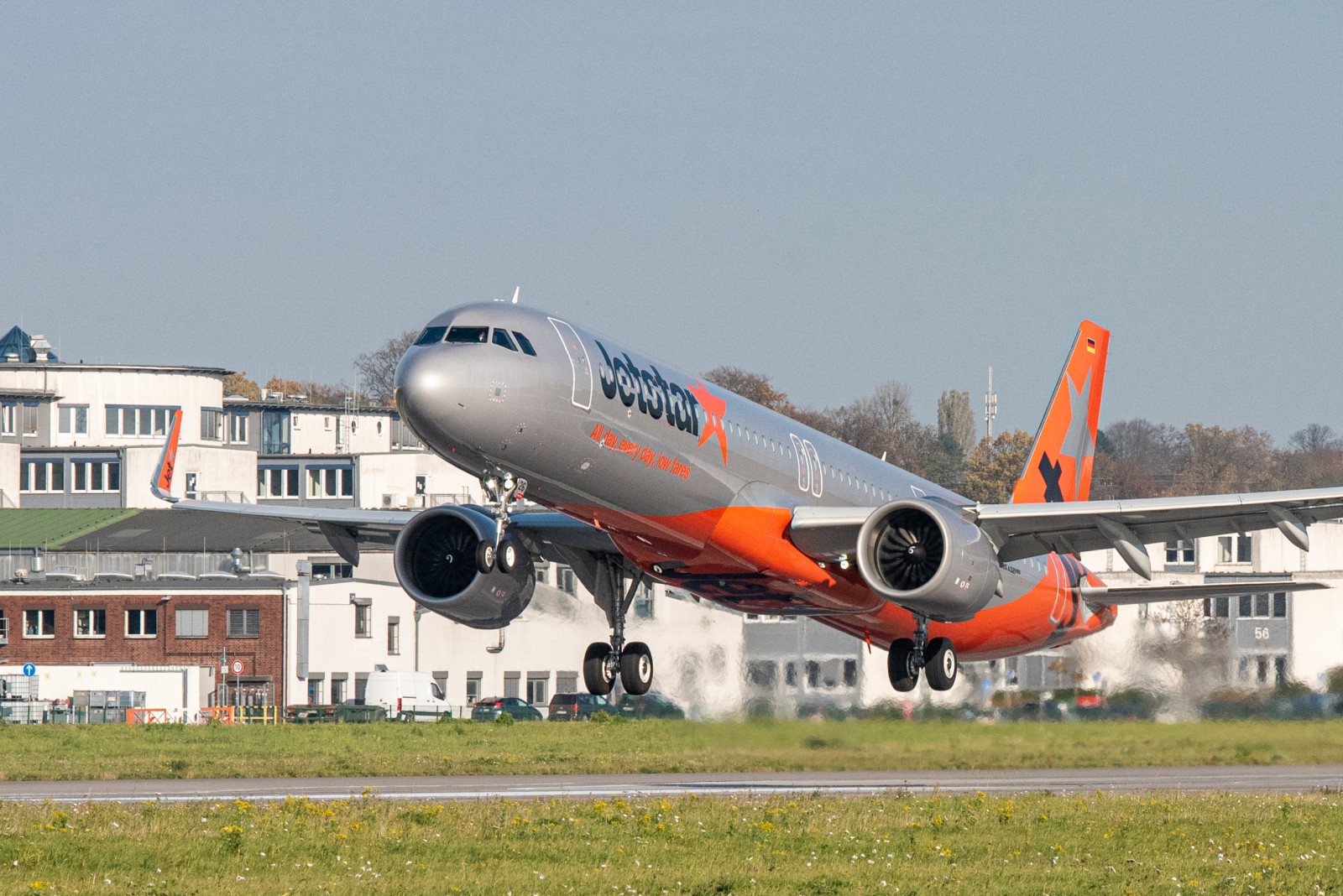 And shortly the new NEOs will also be equipped with digital streaming technology for passengers to access Jetstar’s inflight entertainment on their own devices.

The NEO is 15 per cent more fuel efficient than Jetstar’s current fleet of A321 aircraft, 50 per cent quieter, and can fly up to 1200kms further – making it the lowest emissions aircraft in the Jetstar fleet.

This is the first in Jetstar’s pipeline of 38 new NEO aircraft, with the aircraft to fly on some of Jetstar’s most popular domestic routes in early September.

Speaking at Melbourne Airport today Jetstar CEO Gareth Evans said the arrival of the NEOs is one of the most significant milestones in Jetstar’s 18-year history.

“Our fleet of new NEOs will lift the bar on passenger comfort, and we’ve fine-tuned the cabin configuration to set a new standard of inflight experience for low fares travel in Australia.

“That translates to a saving of one point two million kilograms of fuel annually – a reduction of almost 4,000 tonnes of emissions or the equivalent of removing 1,500 cars from the road each year.

“The aircraft also has a greater flying range than Jetstar’s current A321 fleet, which opens up opportunities to expand our international network across the Asia Pacific region – meaning more low fares to even more destinations.”

Delivery of a further eight NEOs will take place between August 2022 and May 2023, with all 18 aircraft expected to be delivered by mid-2024. A further 20 NEOs will arrive between 2024 and 2029, providing an even longer range of narrowbody flying.