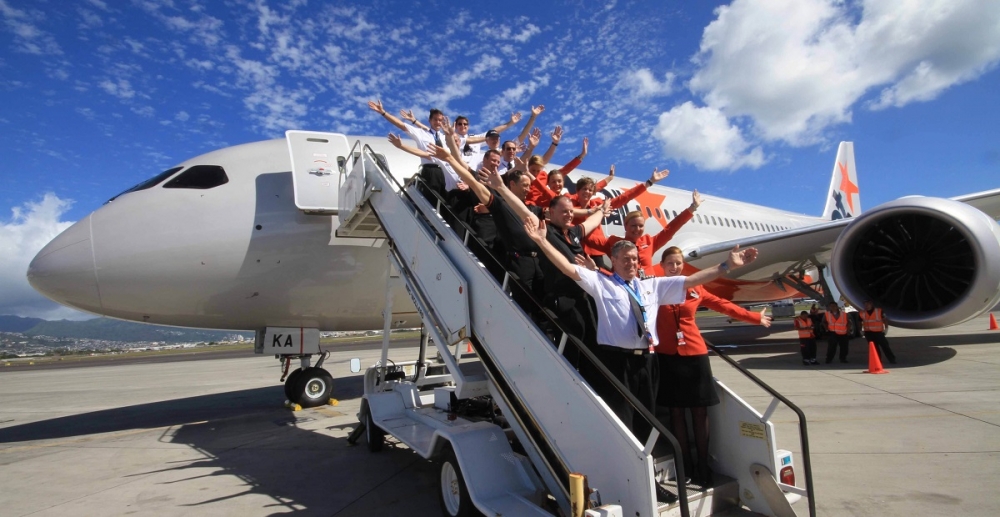 Jetstar boss Jayne Hrdlicka has the low-cost carrier group’s sights set on a good share of more than 1.8 billion travellers expected to enter the rapidly expanding Asia-Pacific travel market over the next 20 years.

She wants to make Jetstar the region’s LCC of choice and sees China as a big opportunity.

Jetstar moved quickly to establish links to Asia after it was founded 12 years ago and now has operations or partnerships in Australia, New Zealand, Vietnam, Japan and Singapore. It faces aggressive competition from the likes of AirAsia and Singapore Airlines offshoots Scoot and Tiger Air.

Hrdlicka told attendees at the CAPA Australia-Pacific Aviation Forum in Brisbane  that the Jetstar Group now had a fleet of 127 aircraft flying to 80 destinations and revenue of more than $4.5 billion, ranking it as one of the top five low-cost carriers around the world.

“So we are doing well, but we are not satisfied with where we stand,’’ she said. “We are competing in the most dynamic aviation markets in the world, so that we know that standing still effectively means falling behind.’’

In addition to its big presence in Australia and New Zealand, Hrdlicka said it had a strong and growing position in Japan and had just finished one of its best years yet in Singapore, where connections with 26 partners was seeing the brand go from “strength to strength”.

“And there is Vietnam — the fastest growing economy and aviation market in the region,’’ she said. “Our dual brand relationship with Vietnam Airlines puts us in a  unique position, which we are very happy about.’’

The group’s fleet of Boeing 787 Dreamliner’s completed the network by connecting Australia to South-East Asia and North Asia, Hrdlicka said.

She acknowledged that smaller LCCs were forming new alliances in to replicate the scale and marketing clout of the bigger players but noted Jetstar had a 12-yrear head start when it came to forming partnerships and it was something it was good at doing.

“We believe the future of the Asian LCC market is going to be owned by brands that people know and trust,’’ she said. “Brands that offer a seamless booking experience, a broad network and an to tailor what you get on board.

“In other words, brands that provide the next generation of Asian travellers with the ability to realise their travel aspirations in the way that works best for them.’’

She said disruption was at the heart of the group’s culture and this had been demonstrated with strategies such as the decisions to expand the brand into Asia, the decision to take it long-haul and then to codeshare with full service carriers.

It would also be guided by three core principles of focusing on customers, harnessing new technologies and leading with new business models. She rejected the idea that low fares meant shabby service and said a revamped approach to training would see 3500 staff go through a new course by the end of this financial year.

New technology required capital expenditure but lowered costs in the long run and resulted in a better travel experience.

Jetstar was the first LCC to introduce online chat services, was pioneering straight- to- gate check-in at Singapore’s Changi Airport and was fully automating its airports like it had with Terminal 4 in Melbourne.

It had also overhauled its websites to make them cleaner, more responsive and enjoyable as part of an initiative called Smart Retailing.