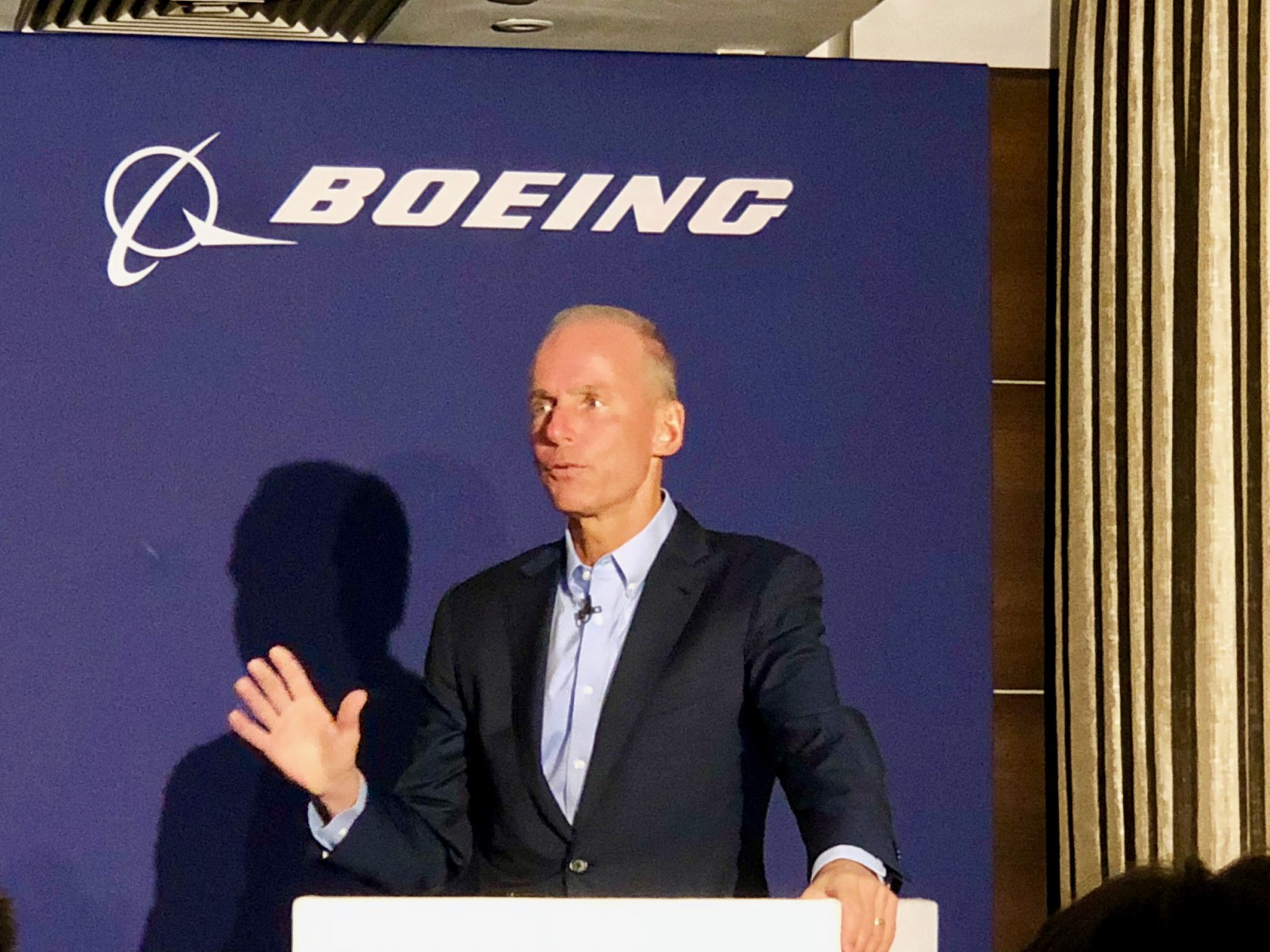 Boeing is focusing on innovation and disruptive technologies to stay ahead of the competition, including hypersonic travel, while playing down the looming trade war between the US and China.

At stake is a share of the 43,000 commercial aircraft needed over the next 20 years, worth $US8.1 trillion.

That is the clear message from Boeing’s president, chairman, and chief executive, Dennis Muilenburg, speaking with select media in London before the 2018 Farnborough Air Show.

READ: I have changed my mind. I will fly AirAsia.

On a mooted trade war,  Mr. Muilenburg said that “aerospace sector drives economic benefit globally” and the US aerospace industry is a net contributor to a trade surplus with a contribution of $80 billion annually.

“We want a free flow of trade around the world. While there have been discussions about disruptions we have not seen anything yet.”

“But we are watching very carefully. We are very much engaged with the US and Chinese governments and we have a voice at the table. We are making our views heard.”

“US aerospace generates an US$80 billion trade surplus and both countries know how important aerospace is.”

On trade, Mr. Muilenburg noted that China’s COMAC builds parts for all Boeing commercial aircraft but is also a potential competitor with its C919.

“That is why we can’t stand still, we need to innovate. We should not be surprised that there is not more interest and more competitors.”

On the much talked about 220-270 seat Boeing 797, which Boeing refers to as the New Midsize Aircraft, .Mr Muilenburg was upbeat but gave nothing away.

“The business case is making progress,” he said.

Mr Muilenburg said he expects Boeing to make a go or no-go decision to launch in 2019.

Kevin McAllister,  executive vice president of The Boeing Company and president and CEO of Boeing Commercial Airplanes, noted that there are a “large number of city pairs that now need larger planes.”

“Many routes are also being flown uneconomically with aircraft [A330] that are too heavy and large,” said Mr McAllister.

“We do see a future for supersonic/hypersonic platforms. High-speed connectivity is very important.”