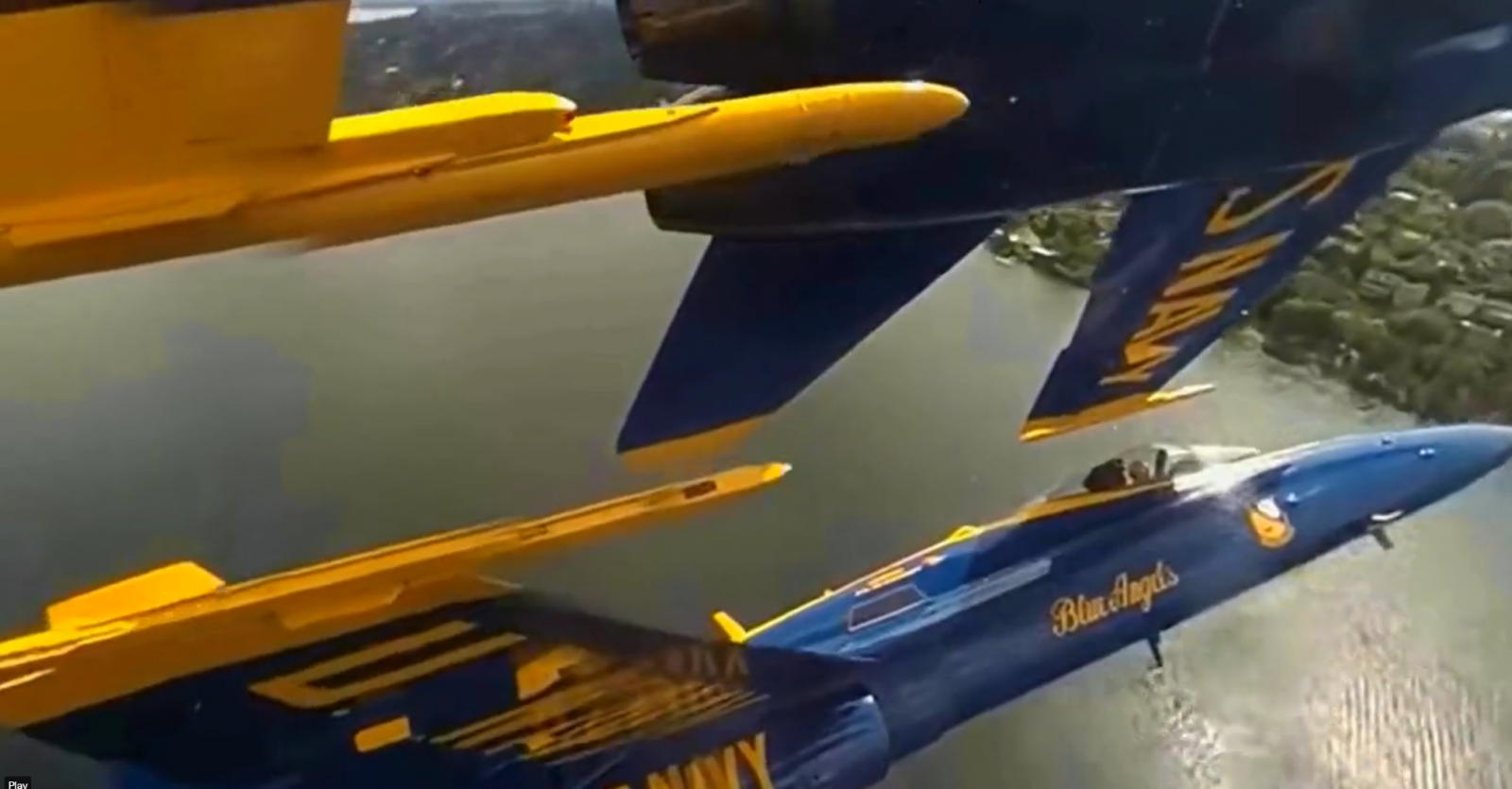 An incredible video has been posted on Twitter of the US Navy Blue Angels F-18 aerobatic team in an amazingly tight formation.

The video comes from AircraftYTube.