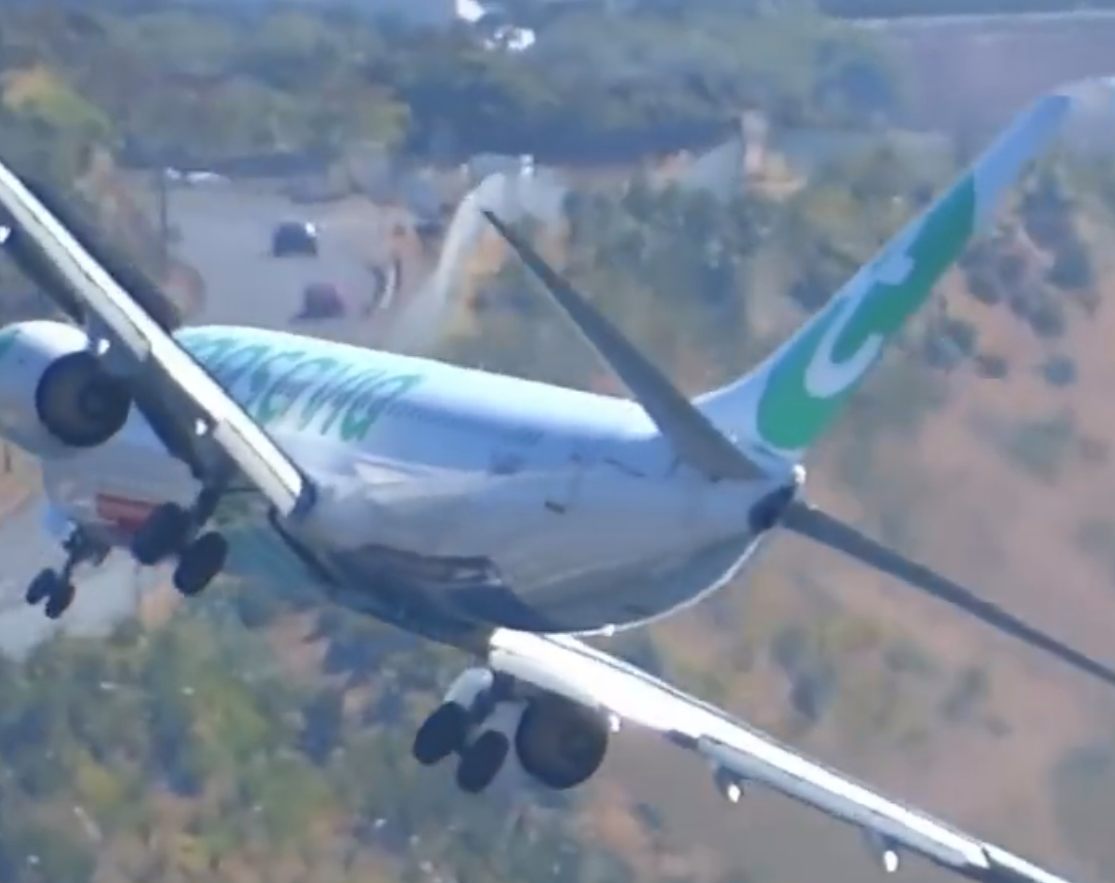 The aircraft is a Boeing 737NG owned by Transavia Airlines.