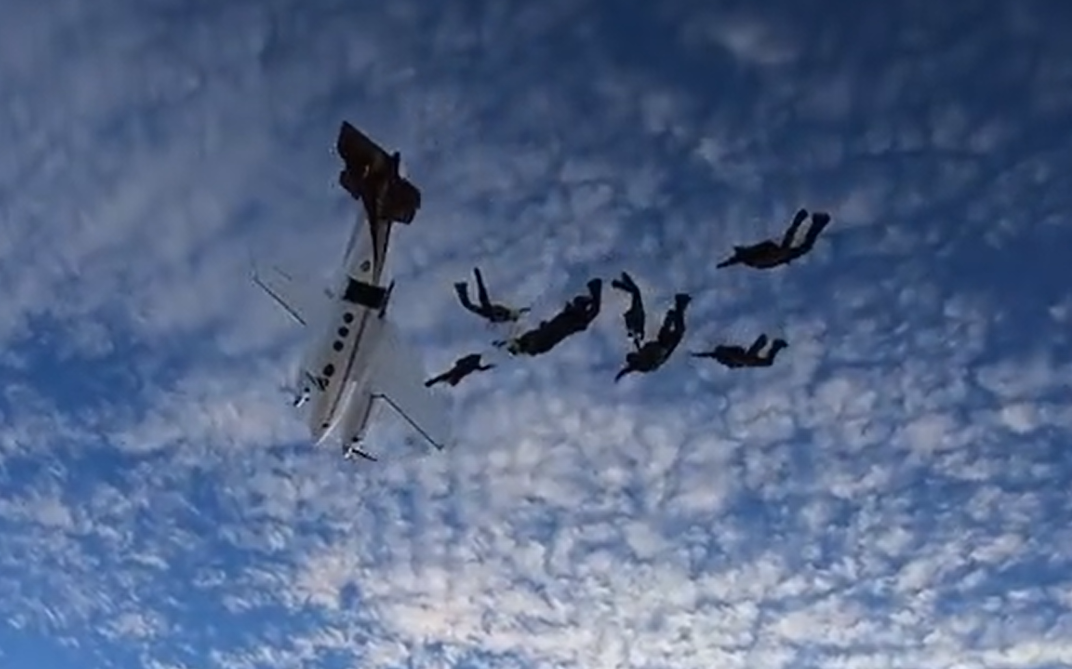 An incredible video of parachute jump aircraft stalling into a spin has been released on Twitter.

The jump ship, a Kingair C90, is seen with parachuters clinging onto the door frame ready to jump, but their weight and drag meant the plane entered a stall.

The parachutists leap off and the C90 goes onto a spin and dive.

It does recover and no one is hurt.

An absolutely astounding video of a Jump ship (Kingair C90) entering a stall with jumpers on the door. Take the 38 seconds to watch this. The airplane eventually recovered with no damage and no injuries in South Africa in October. pic.twitter.com/BvQ1Diw0Rm