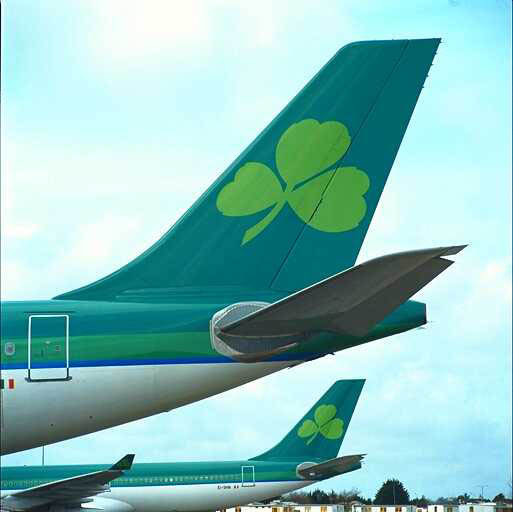 When International Airlines Group (IAG) launched its offer to buy Aer Lingus, it promised to expand the Irish flag carrier’s transatlantic network with four new routes by 2020. IAG became the sole owner of Aer Lingus in September, 2015, and so far, has kept its word.

Passengers from more than  25 UK and European airports — including London, Madrid, Barcelona, Edinburgh, Amsterdam, Paris, Bristol and Berlin — can take advantage of easy transatlantic connections when transferring in Dublin, pre-clearing US Customs and Immigration allowing them to pass through domestic channels upon landing in the US.

The Hartfort route started with four weekly frequencies and increased to a daily rotation from Oct. 5 for the remainder of the summer season, and flights will reduce back to four times weekly from the start of the IATA northern winter 2016-17 season, according to Aer Lingus’s website. Flights will operate on Monday, Wednesday, Friday and Sunday.

Aer Lingus is not deploying its own metal on the Dublin – Hartford service, but instead is using a Boeing 757-200 operated by ASL Airlines Ireland.  The airline has an aircraft, maintenance and flight crew or damp-lease arrangement (cabin crew is Aer Lingus staff) with ASL Ireland for four Boeing 757s, configured with a business and standard economy class.

Aer Lingus’s fleet of Airbus A330-200/ 300s have on board Wi-Fi, but Wi-Fi is not available on its Boeing 757s or 767 serviced flights.  However, The Boeing 757s have been retrofitted with Aer Lingus’s new business class consisting of 12 seats spread across four rows. Rows one and three are in a 1-1 configuration, while rows two and four are in a 2-2 configuration. The Thompson Aero Vantage seats have a 22’’ width and turn into 79” (2 metre) fully-flat beds.

The airline charges a €25/ US$36 fee for what it calls “Choice Seats” located towards the front of the aircraft and €40/US$52 for an Exit seat offering slightly larger leg room than a standard economy seat. Meals and drinks are still complementary. All Aer Lingus transatlantic fares also include a free 23kg baggage allowance.

Aer Lingus is the only European carrier operating direct flights to Hartford, Connecticut, in the heart of New England and is home to the Mark Twain House where the author wrote his most famous works.

“We worked hard on bringing a transatlantic flight back to Bradley Airport because we know what a positive impact a flight like this, which serves as a portal to so many international hubs, can have on our economy, on tourism, and on Connecticut’s future,” Governor Malloy said.

The Hartford launch is the third of three new Aer Lingus transatlantic routes to commence this year, which the airline said marks the single largest expansion of its long-haul network since commencing transatlantic flying in 1958. A direct new service to Los Angeles aboard Airbus A330-300 began May 4 and on September 1 a new daily service started from Dublin to Newark Liberty International Airport.

Hartford, which is close to Yale University and is New England’s second largest airport handling 6 million passengers in 2015, is Aer Lingus’ ninth US destination from Dublin, and tenth in North America. The airline also connects the Irish capital to Boston, Chicago O’Hare, Los Angeles, New York (JFK and Newark), Orlando, San Francisco and Washington Dulles in the US along with Toronto Pearson in Canada.