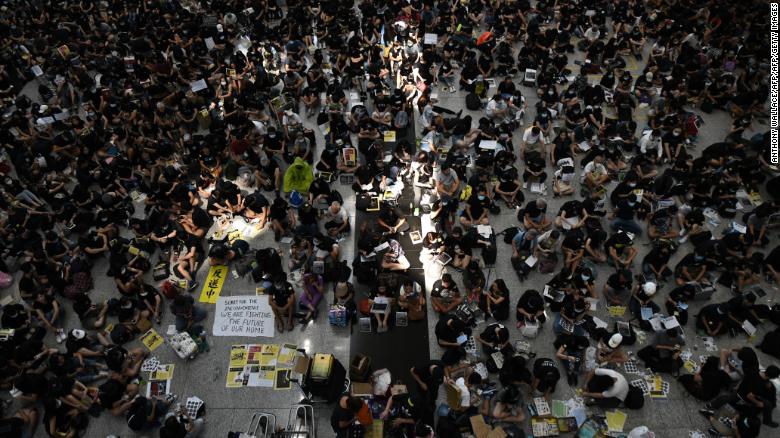 Hong Kong Airport has been forced to close for a second-day reports NBC.

NBC said that “all check-in services at Hong Kong airport’s main terminal shut down for a second day on Tuesday after protesters blocked the entrance of the building.”

Arriving flights are not impacted.

“Terminal operations at Hong Kong International Airport have been seriously disrupted as a result of the public assembly at the airport today,” the airport announced in a statement sent to reporters it says.

All check-in service for departure flights were suspended at 4:30 p.m. the airport authority added. Other departure and arrival flights for the rest of the day would continue, it said.

It told members of the public not to come to the airport.

The shut down will cause massive knock-on disruptions for days particularly for Cathay Pacific Airways which will have many aircraft and crews out of position.

The disruptions will also have a significant impact on forward bookings with intending or booked passengers changing plans to avoid Hong Kong.

Hubs such as Singapore and Seoul and their airlines will be major beneficiaries.