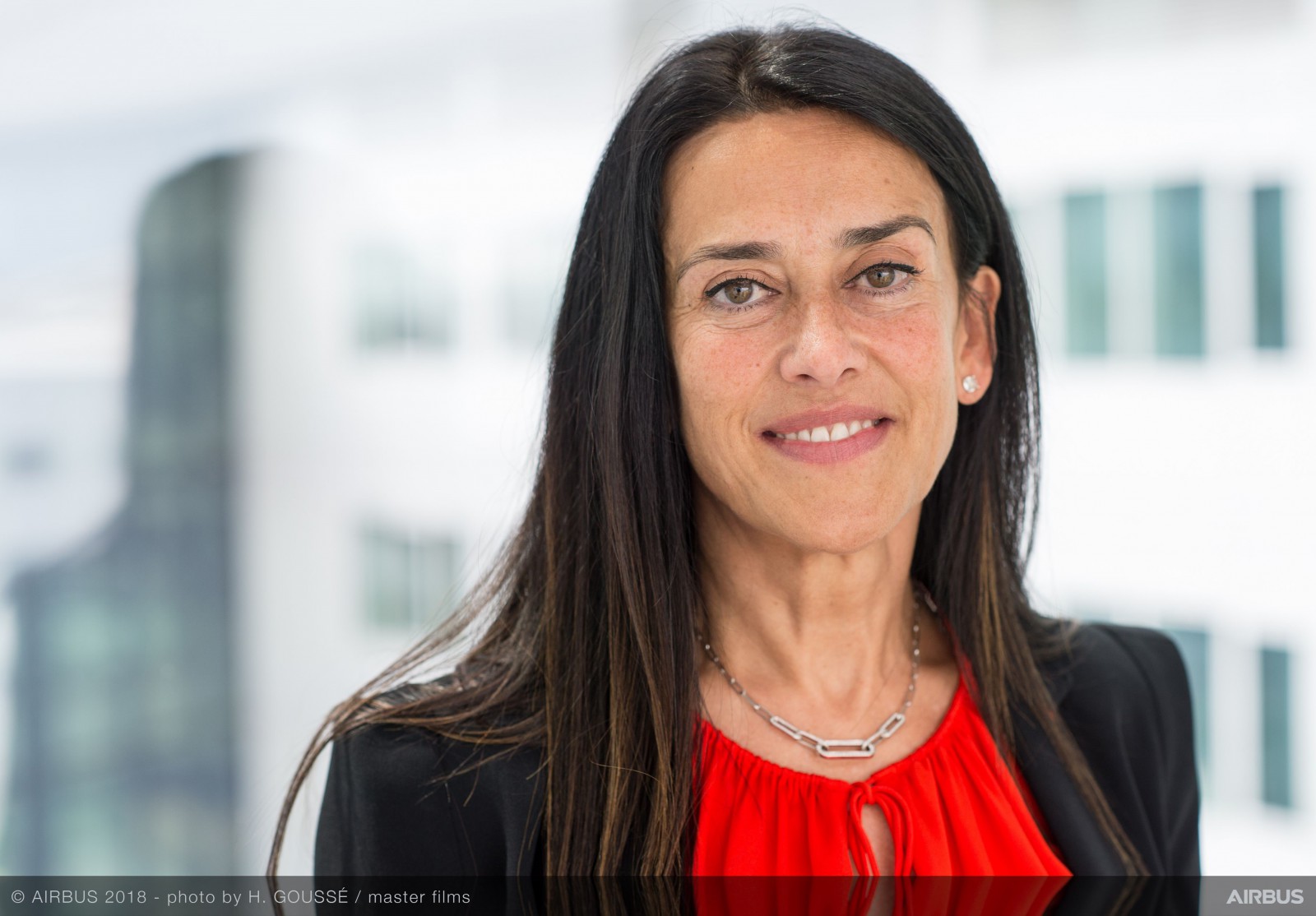 Grazia Vittadini has always loved aircraft and loved to build balsa models as a child growing up in Milan but now it is eco aircraft with aerospace giant Airbus.

When she grew up in Italy and the US, she aspired to become a fighter pilot with the Italian Air Force.

“They wouldn’t take females then, but I applied anyway”, she says laughingly in an interview with Airlineratings.com

Vittadini studied Aeronautical Engineering and specialized in Aerodynamics in Milan, then took a job with the Italian side of the Eurofighter consortium. In 2002 she joined Airbus in Germany and quickly rose on the corporate ladder.

She seemed to be a perfect role model for the aviation industry, painfully aware it still urgently needs to hire many more females and put them in leading roles. Vittadini is passionate, multi-lingual in all the Airbus languages, has a clear vision, and excels as a team player, but is also not shy to put on a good show on stage when presenting projects close to her heart.

“I was doing ballet dancing as a hobby before, so that’s where I got some stage experience,” she reveals, chuckling. But at Airbus, her career path led Vittadini to much less light-hearted topics.

In her spare time, she finally became at least a private pilot and got her PPL in the Airbus flying club. “But sadly, since three years my license is dormant,” admits Vittadini, who hasn’t got enough free time on her hands to enjoy piloting a single-engine aircraft any longer.

In 2017, Vittadini served as EVP Head of Engineering and from May 2018 as Chief Technology Officer (CTO) and member of the Airbus Executive Committee. While this is truly an impressive career for anyone, only when Guillaume Faury took over as Airbus CEO in 2019, she started to appear more publicly.

Last year, during the height of the pandemic, Airbus stole the industry limelight while global aviation was in survival mode by presenting the ZeroE concept for different hydrogen-powered aircraft. The study calls for a sustainable aircraft flying emission-free by 2035.

Airbus proposes three basic concepts, one an ATR-style turboprop, then a twin-engine A320-type airliner plus a blended wing body design. One reason to go public with these plans at the time, more concrete than any presented by a major manufacturer before, was the fact that the French government set up huge post-pandemic economic stimulus packages containing large sums earmarked for developing sustainable aircraft. Airbus had already started work on these concepts in 2018.

“We have lost 40 percent of our business, but we are certain there is light at the end of the tunnel,” says Vittadini. “We will be burdened by this crisis for a long time, at least five years. Our main question is: How do we get out of this and how do we work on the sustainability of our products and CO2 reduction?”

“Until 2025 we want to select both a concept and a technology for that, ZeroE stands for what you can do when you think freely and say good-bye to traditional propulsion concepts,” says the CTO.

With three times the energy density, but also four times the volume of kerosene, hydrogen made from green electricity is seen as the most promising option to reach aviation’s climate requirements.

But thus far, there is a lack of both hydrogen production and infrastructure for its use on the ground. Airbus has therefore recently added an important innovation to the ZeroE turboprop concept airliner presented earlier.

This could be a major step in propulsion for a regional turboprop airliner of 50 or even 70 seats. Up to six stand-alone pods could be attached to the wings, each an individual unit with everything needed for propulsion included: An eight-blade propeller plus a tank and a cooling system for liquid hydrogen, a cryogenic fuel needing storage at minus 253°C. Hydrogen and air are supplied to the fuel cells to generate electric current. Power electronics convert the current to power the electric motors. Thanks to this energy, the motor shaft rotates, thereby turning the propeller.

One major feature is that these pods are easily interchangeable, during a ground stop units with used-up hydrogen tanks can be swiftly removed from the wing and a full replacement plugged in place instead. A major simplification of maintenance and logistics.

On-board, it would mean no complicated system of hydrogen lines is needed and cabin space could be fully occupied by passengers as in today’s aircraft. The other ZeroE concepts call for up to one-third of the cabin floor reserved for the voluminous hydrogen tanks. Airbus stresses this won’t be the last new option added to the ZeroE base concept. “With Covid, we have reached a point where change is inevitable for aviation, it can’t go on as before,” says Grazia Vittadini. And she clearly sees the potential this constellation might present for her quest to make flying sustainable, finally.