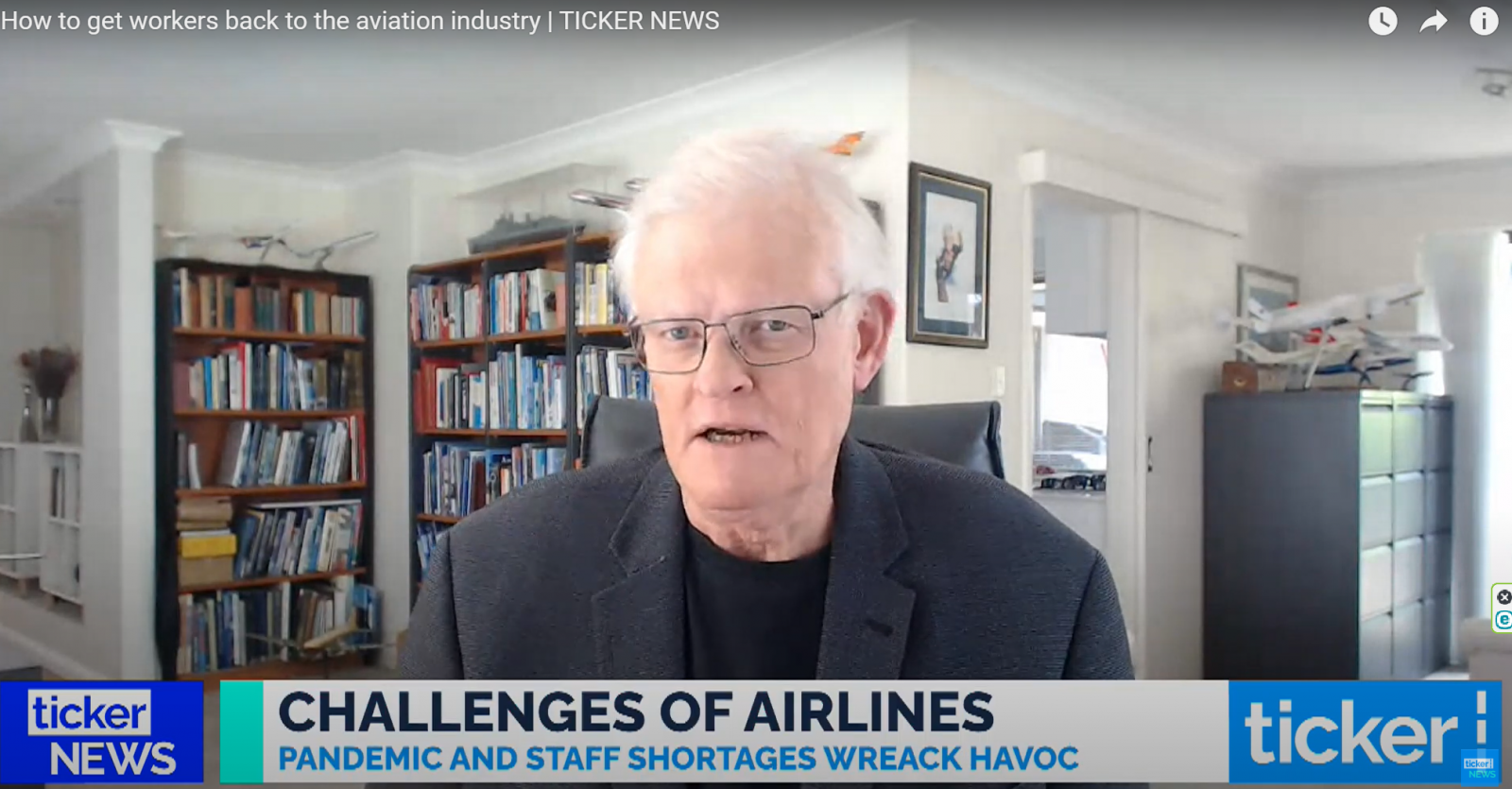 Airlineratings.com Editor-in-Chief Geoffrey Thomas has appeared on Ticker News to discuss the problems facing the airline industry across the globe.

There is an unprecedented raft of issues confronting the industry and experts say that it will take between 12 and 24 months to solve these issues.