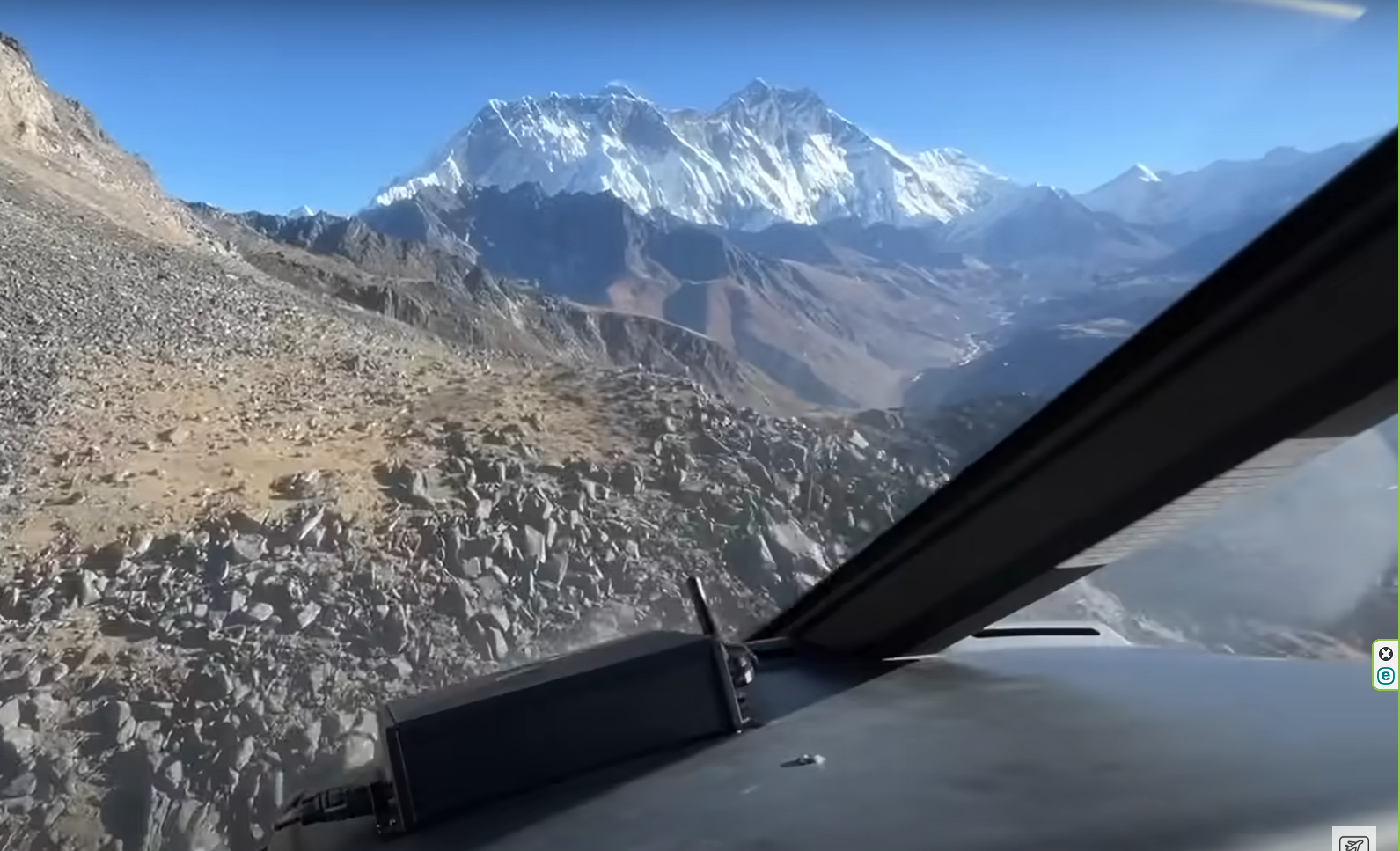 We fly with Sam Chui to the world’s most dangerous airport, Lukla, and up to Mt Everest in a helicopter.

Join Sam as he flies – on oxygen- to the roof of the world and into the world’s most dangerous airport, which is the stepping stone to Mt Everest.