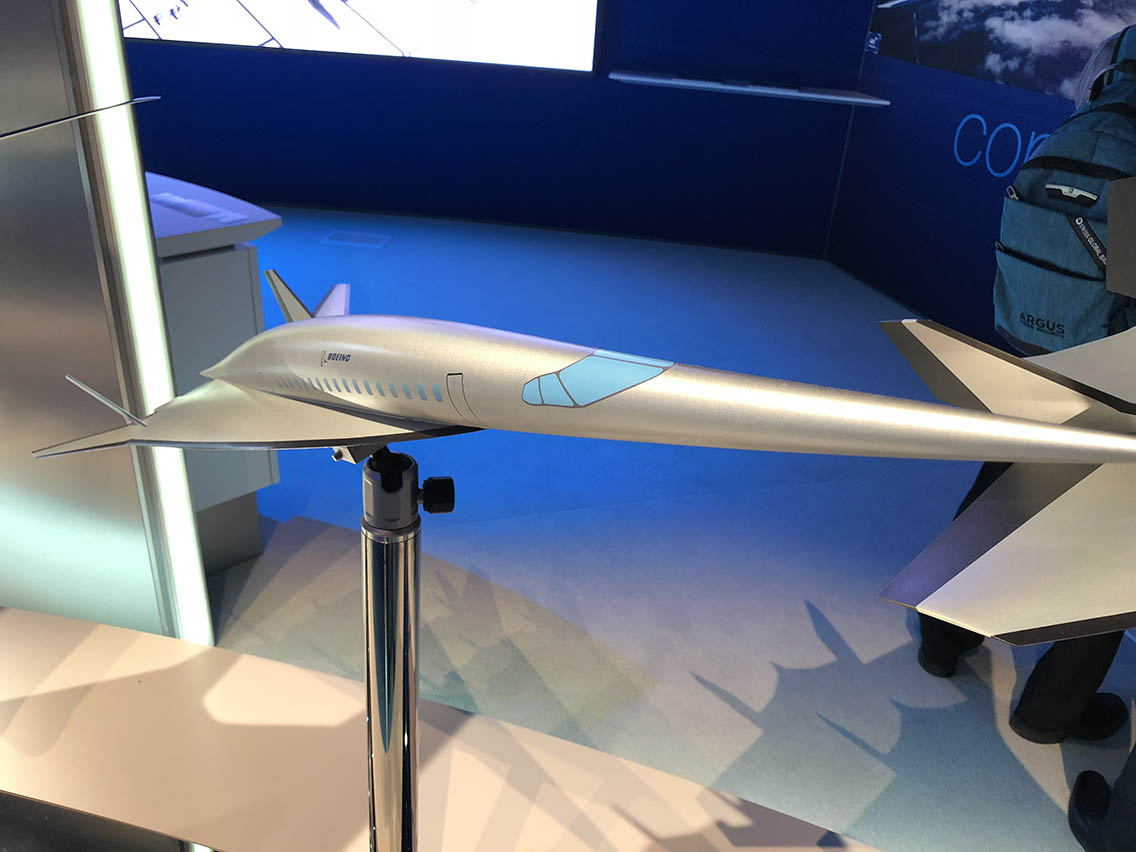 AirlineRatings.com camera was out and about on the first day of the Farnborough Air Show and the snaps highlight the current and future trend in aviation.

Below these pictures capture the action.

Boeing 737 MAX 7 comes into land after a demo flight as the Mitsubishi MRJ regional jet awaits its turn.

Boeing believes there is a future for hypersonic travel, like the model above.