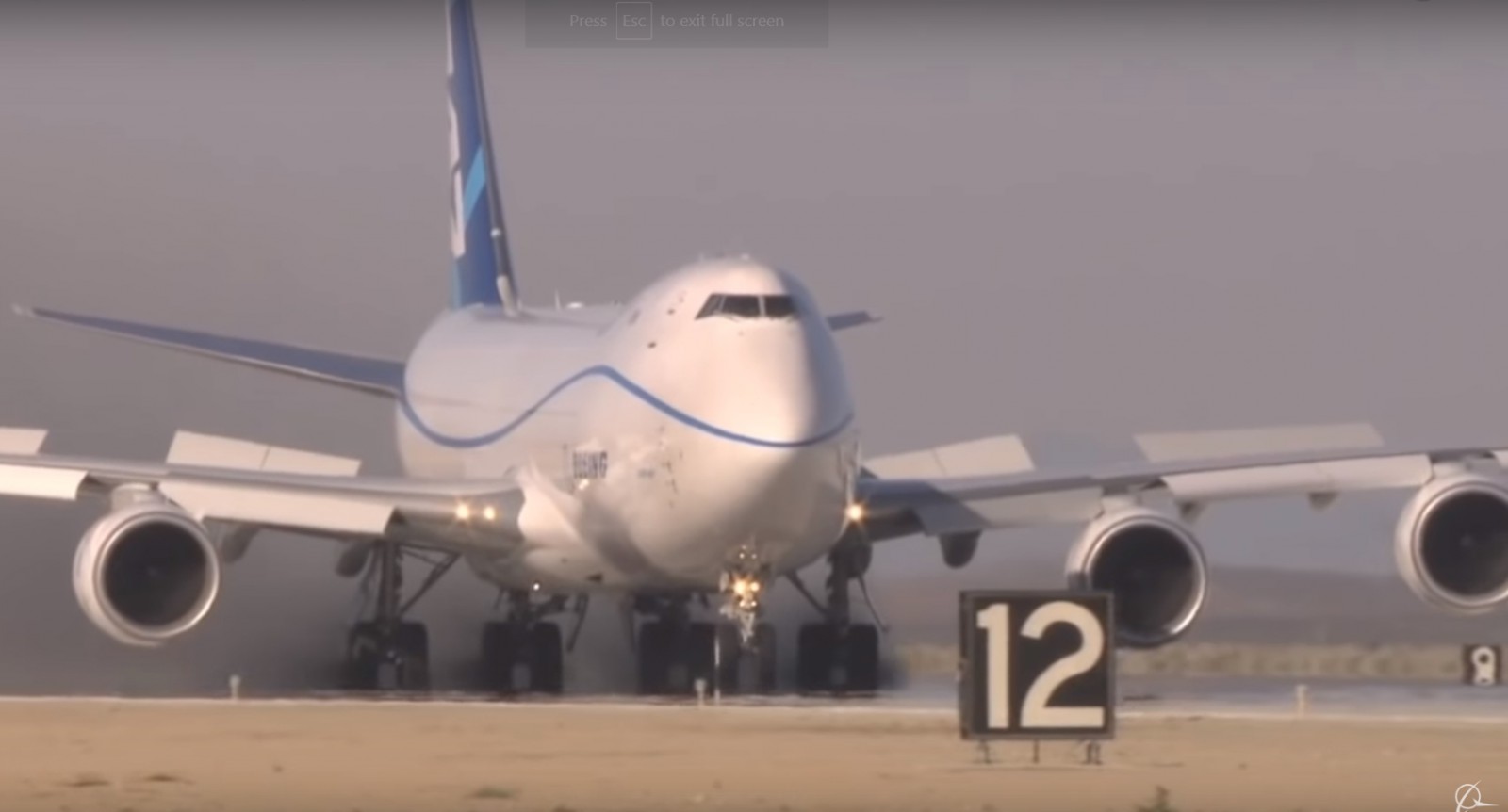 These are of the freighter model which has the original “hump”, not the extended one which seats passengers.

We have added a fifth video of the 747-8I’s first flight at the end of this story just for comparison.

These testing videos cover, minimum up-stick to establish the slowest take-off speed, extreme braking to test the brakes, G Loading to test the wing strength and finally a duration test.