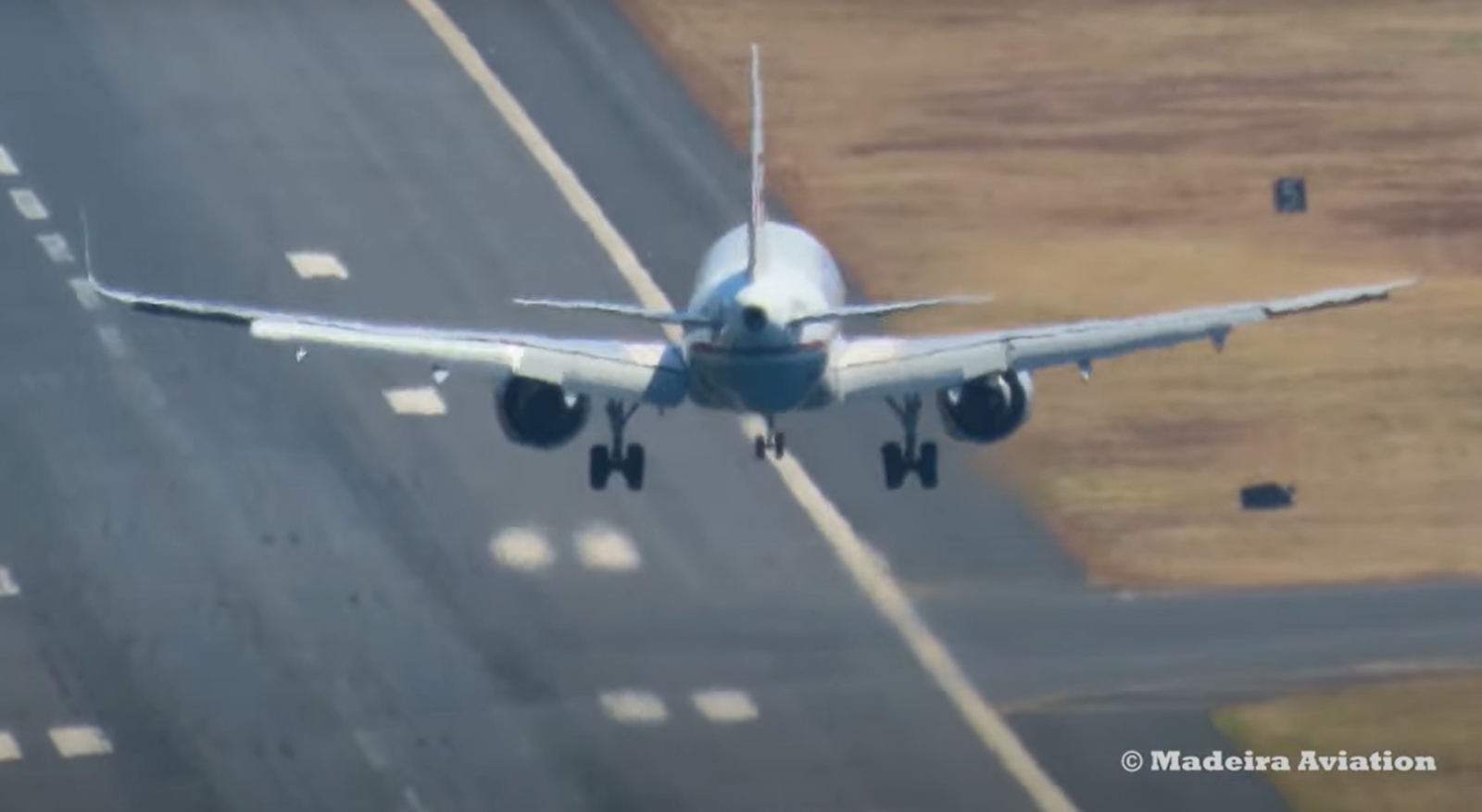 Extraordinary pilot skills have been on show battling crosswinds at Madeira Airport in Portugal.

The video has been captured by Madeira Aviation based at Madeira Airport.

When a pilot faces a crosswind landing they need to point the aircraft in the direction of the wind while maintaining a straight course toward the runway.

Just before touchdown pilots apply the rudder to bring the plane – and its undercarriage – back so it is aligned straight down the centerline of the runway.

This takes great skill and the results – if not done properly – are often quite spectacular.