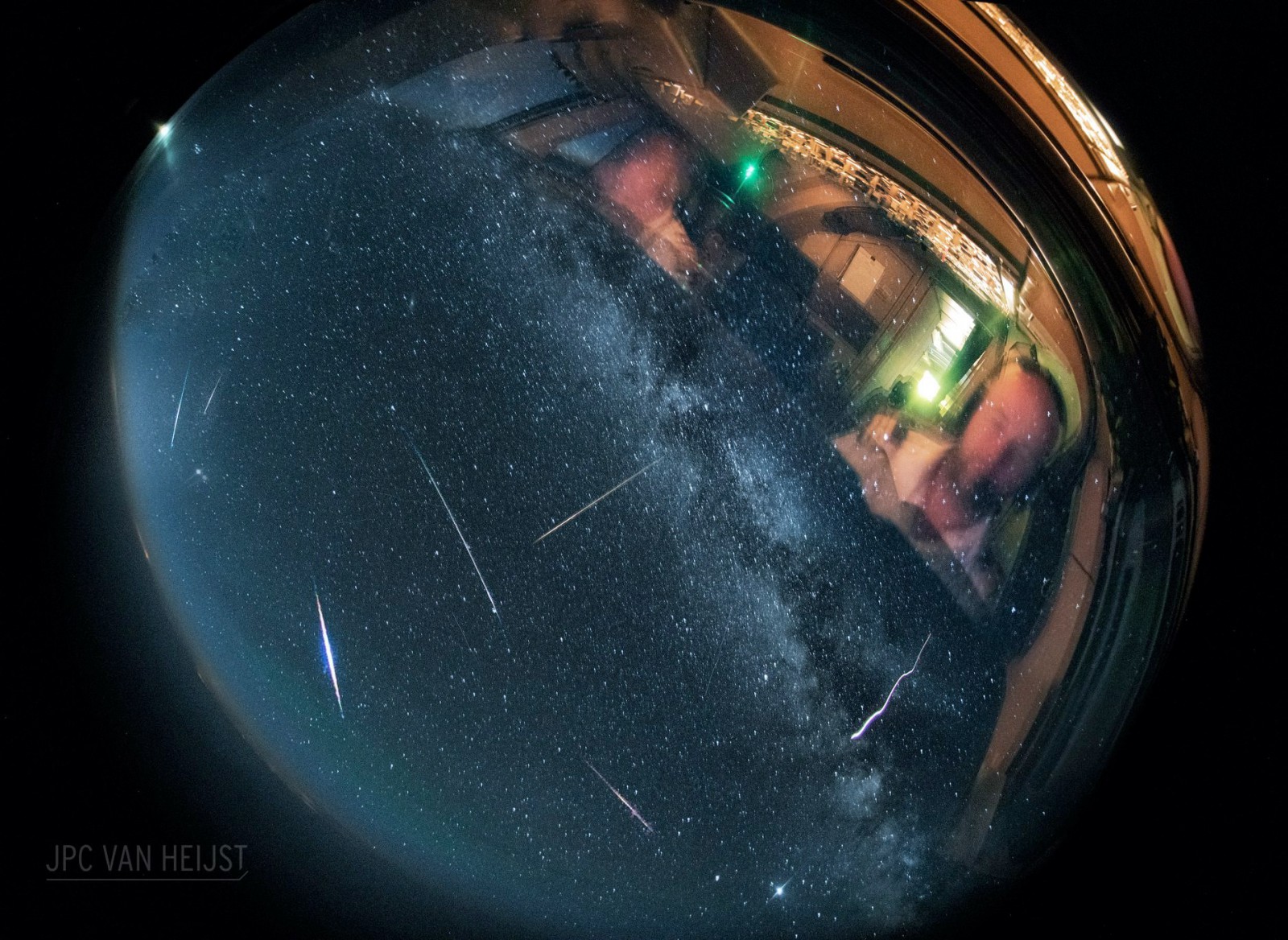 An extraordinary photo of the night sky has been taken from a 747 by pilot Christiaan van Heijst as he speeds vital cargo across the globe.

Christiaan takes up the story….

The second week of August is extraordinary.

It’s the perfect time of year to see the galactic core of our milky way, a handful of planets and the Perseid meteor shower: remnants of the Swift-Tuttle comet’s dust tail, causing a true spectacle across the night sky. Dimming cockpit lights and looking at the pure wonders of the universe as they unfold in their full spectrum makes August night flights absolutely enjoyable.

I placed my camera facing up at the lower end of the cockpit windshield, automatically clicking away a series of long-exposure shots across the north-eastern Atlantic. Immortalizing the night sky, hoping for a couple of meteors and whatever else might pop up above.

Meanwhile, two Dutch pilots conversed about the more important topics of life and the state of the world, while watching dozens of bright shooting stars that drag their final trail of existence through Earth’s atmosphere. A few minutes of shared solitude with an unobstructed view of the universe.

Flashes of intense thunderstorms over France and Belgium illuminated the stratosphere far across the curvature of the horizon. We’ll deal with them in a few hours from now, I just made a fresh coffee: couldn’t be bothered yet.

A journey that started in a small and elegant glider when I was fourteen years old. The first flight of many. Twenty-three years later I’ve seen the world and had my share of experiences and adventures. Impossible stories, if I wouldn’t know any better.

The hours come and the years go by at a frightening pace.

Another bright shooting star flashed by, the twenty-eighth tonight. I broke my habit and made a wish.