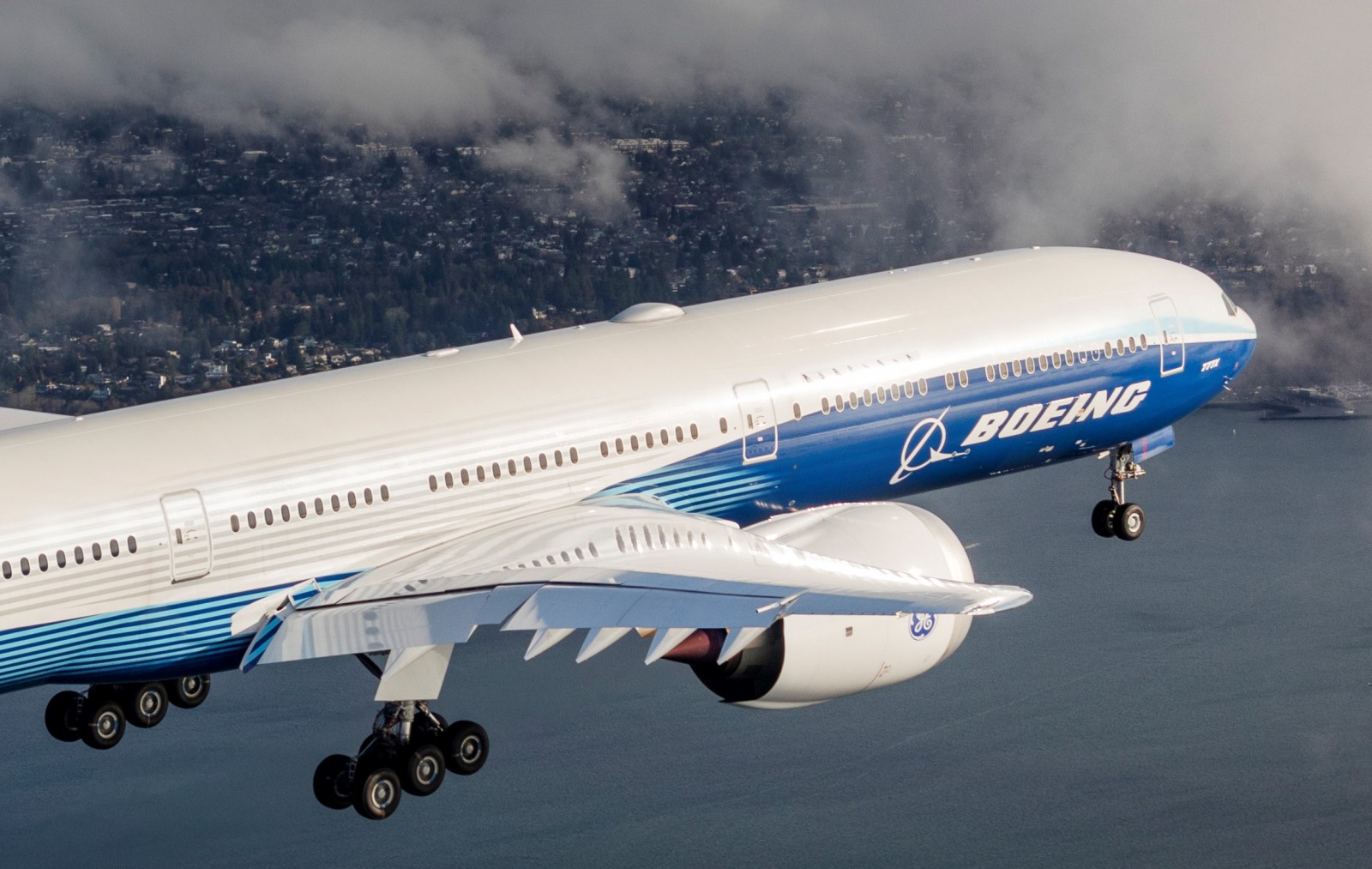 Boeing has released new photos of the 777X first flight.

Since that first flight it has flown as follows;

SEE our special feature of the 747’s 50th birthday

A second 777X – N778XX – has new upgraded engines installed and the first flight is expected soon.

GET fabulous aviation pictures, videos and the very latest news delivered directly to you. Sign up for our Newsletter here.

The flight test program is expected to conclude early next year with deliveries to airlines in the first quarter.

Captain Van Chaney commented; “The 777X flew beautifully, and today’s testing was very productive. Thank you to all the teams who made today possible. I can’t wait to go fly your airplane again.”

New Boeing Commercial Airplanes President Stan Deal said. “Our Boeing team has taken the most successful twin-aisle jet of all time and made it even more efficient, more capable and more comfortable for all. Today’s safe first flight of the 777X is a tribute to the years of hard work and dedication from our teammates, our suppliers and our community partners in Washington state and across the globe.”

The driving force behind the aircraft is Emirates President Tim Clark and calls the 777X an “absolute peach.”

Key to the enthusiasm is the aircraft’s incredible economics, being 20 per cent more efficient per seat than the 777-300ER.