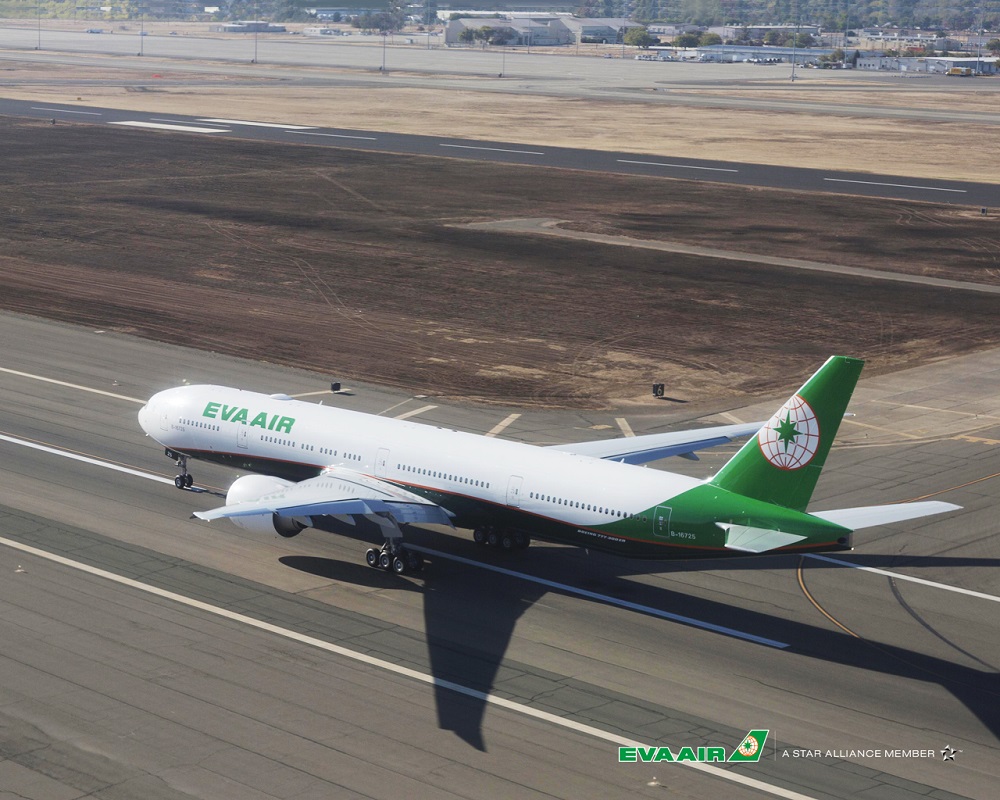 Taiwan’s EVA Air is boosting its presence in the US amid rising competition from Asian competitors,  particularly expanding mainland Chinese carriers.

The Taipei-based airline just made its Taipei-Chicago O’Hare nonstop a daily deal.

By the fourth quarter of this year,  Taipei – San Francisco will consist of as many as 17 weekly nonstops and Seattle/Tacoma flights push back from the gate eleven times each week.

EVA says it “has more seats and flights between North America and Taiwan with more one-stop connections to more destinations throughout Southeast Asia, Northeast Asia and Mainland China than any other airline”.

By the end of 2017,  the carrier will have boosted flight frequencies to 88 weekly departures to and from North America.

As of June 16,  that tally will include daily service to Toronto and Vancouver.

To understand just what’s happening at EVA these days you have to look at the competitive context.

Delta and Korean Air recently signed a memorandum of understanding to implement a joint venture agreement with the aim of fully integrating trans-Pacific flights.

That means Delta and Korean will share costs and revenues on flights, as well as coordinate schedules for “seamless” connections. The deal awaits regulatory approval.

Meanwhile, American Airlines just bought a part of China Southern Airlines, giving it a front row seat when China Southern moves into what some are calling the planet’s biggest airport,  Beijing’s Daxing International, due to open late this decade.

At the same time,  new players are emerging on the trans-Pacific.

Highly-rated Hainan Airlines recently launched a slew of new routes to the US,  while Air China [not to be confused with Taipei-based China Airlines] is out to remake its image with new aircraft and new interiors.

All of this makes it imperative that EVA keeps pace.

The carrier hubs out of Taiwan Taoyuan International Airport (TPE is the airport code), which was a 2015 recipient of the world’s most efficient airport from Airports Council International.

This begs the question of why TPE isn’t seen in the same competitive light as Hong Kong International Singapore Changi and Seoul Incheon International when it comes to public perception?

TPE handled some 42.3 million passengers in 2016, making it the planet’s 11th busiest airport in terms of international passengers.

TPE is a two-runway, two-terminal affair with a third terminal on the way.

Terminal T3 is set to open in 2020 and will accommodate 45 million flyers per year. It’s being billed as one of the most expensive construction projects in the history of modern Taiwan.

To help passengers in connecting at TPE,  an inter-terminal rail project is now in the works.

If air traffic projections hold up,  that rail line should be getting plenty of use.