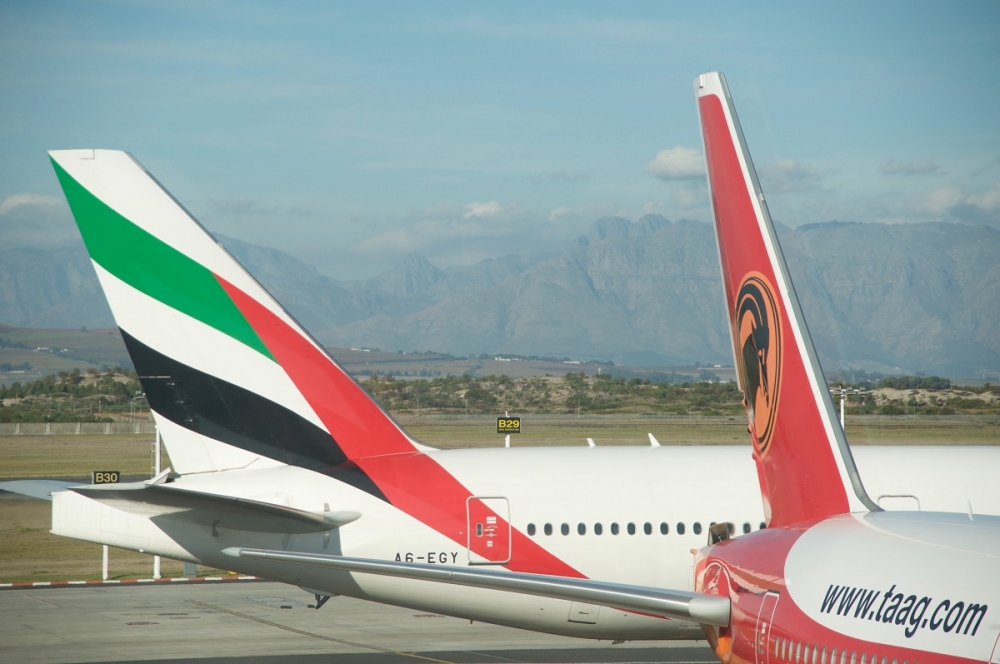 The good news is that TAAG Air Angola, one of Africa’s oldest airlines, is heading for its first profit in more than 70 years.

The carrier, which started operations in 1940, was poised to cross that threshold in 2016 when an unforeseen financial problem kept it in the red.

Nonetheless, it remains ahead of a forecast it would break even in 2019 made in 2014 when Dubai-based powerhouse Emirates announced a 10-year management contract.

This is because the work of the new management team lead by industry veteran Peter Hill (70), the former head of SriLankan and Oman Air, is showing early results after massive cost cuts and a staff reduction from 3,800 personnel to about 3,100.

In 2016, the Angolan airline was essentially making a profit after taxes of $US45m when unaccounted debts from the previous year of $US50m were discovered that then had to be absorbed. The result was a 2016 loss of $US5m.

“For Emirates, in 2014 Luanda was the route with the highest yields worldwide,”  Hill says, noting this was enough for the Dubai airline to take up requests from Angola’s government to enter into a partnership with the state-owned African airline.

Unlike its ill-fated engagement with SriLankan, Emirates did not get any equity in TAAG but simply signed a decade-long management contract at a time Angola’s economy was buoyed by an oil price of around $US100 a barrel.

“But by the time we came here in September 2015, all had gone south,’’ Hill says. “We could tear up our business plans.”

With oil price dropping as low as $US30 a barrel, Angola was in the midst of a deep economic crisis, passenger demand had fallen  by up to 30 per cent and The Angolan government’s plan to transform TAAG into the “Emirates of Africa” was in tatters.

The airline is currently in survival mode and lacking foreign currency, needing a minimum of $US10m a month.

As traffic flows to and from Angola itself are modest, the business model had to be changed from a point-to-point network towards connectivity.

TAAG increased its frequencies both to Johannesburg (now daily) and Cape Town (daily from October) while from Luanda there are flights to Lisbon twice daily and three times weekly to Porto.

As Portugal is well connected throughout Europe with LCCs, this might be an interesting alternative for Europeans looking for a bargain on the highly sought-after route to Cape Town during high season.

But there are other traffic flows in underserved Africa that can be established via Luanda. These include connections from Zambia or Mozambique to Portugal or Brazil, where TAAG will soon serve Rio and Sao Paulo daily, or passengers from tourist-rich Namibia to Portugal.

Still, the limited capacity of the current airport terminal in Luanda hampers growth.

Chinese companies have recently built a new airport 40 kilometers south of Luanda. At least one runway and an empty shell of a terminal are already standing.

“I don’t see it opening at least for another six or seven years”, says Yves Guibert, overseeing product in the TAAG team.

The management has to improvise, as is often the case in Africa, and that works only because the fleet utilization is so low.

“The 777s are just flying about eight to ten hours a day, it should be at least twelve to 14”, admits COO Patrick Rotsaert, “And in general it is a little strange to operate 777s in this part of the world.”

On some mornings, seven of TAAG’s eight 777s are lined up on the ramp of Luanda airport, vividly illustrating the big problem of this airline: It has the wrong aircraft. It is operating five Boeing 777-300ERs and three older 777-200ERs, but just five 737-700s.

The two newest 777-300ERs, delivered only in 2016, are exclusively deployed on the money-making Portuguese routes where TAAG is market leader over TAP by a wide margin.

For Peter Hill, TAAG is a huge challenge late in his career.

“This is the toughest job I ever had”, he says. “Every day you look here, there is something you can’t fix.”

But he remains an optimist —  the only way to approach Africa.