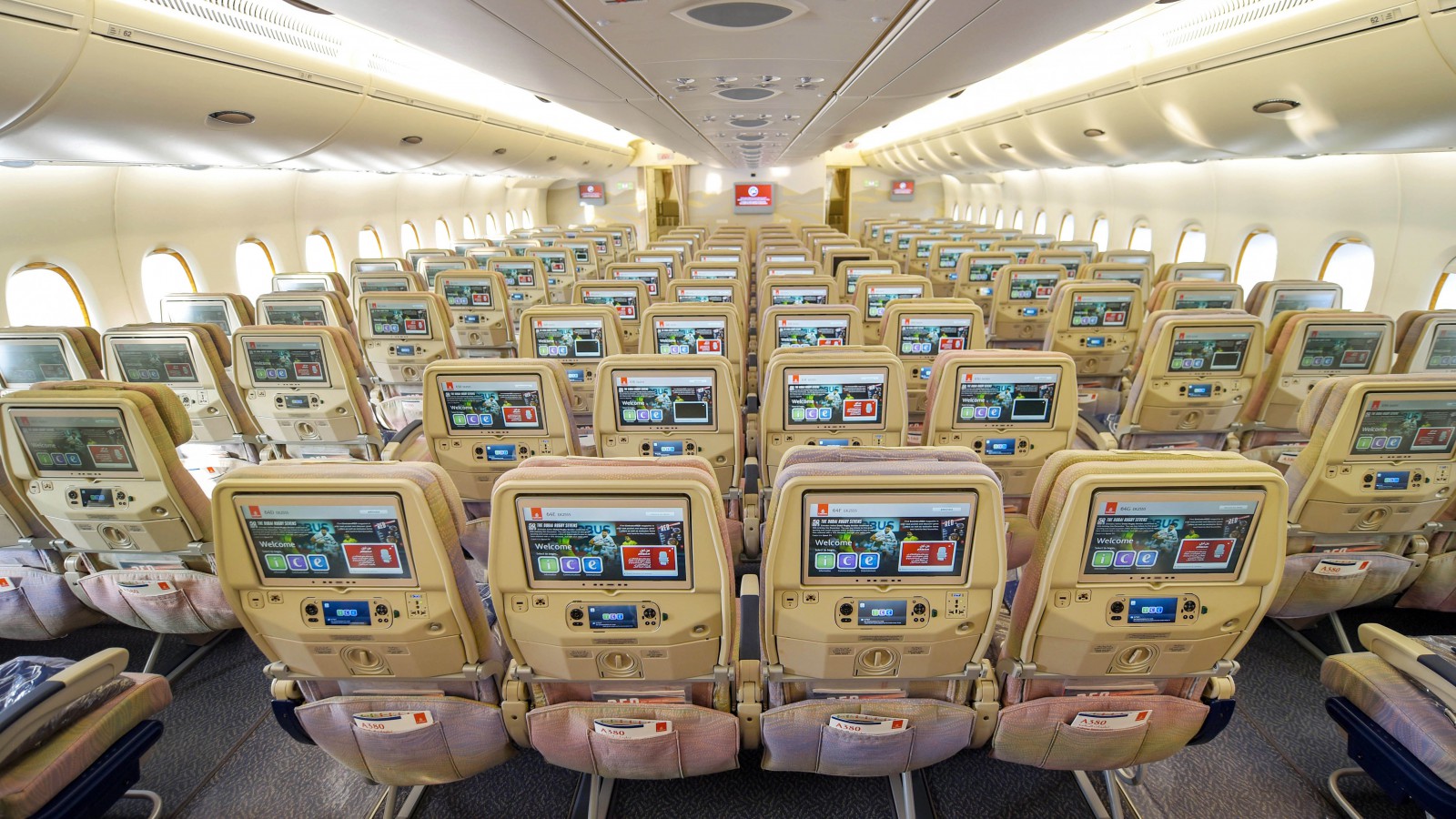 In 1992, Emirates made the bold decision to install TV screens in all seats across all cabin classes throughout its fleet, a revolutionary move that shaped traveller expectations and the inflight entertainment industry in the decades to come.

The move changed travel habits with mothers ditching other airlines for Emirates so their children could be entertained on long flights.

Emirates has not looked back since, constantly introducing new innovations that drove advancements in entertainment and connectivity at 40,000 feet. Large, ultra-high-definition 4k screens, with faster and improved Wi-Fi connectivity, are among the exciting developments Emirates has planned for its new generation IFE systems that will be delivered with its future fleet on order, as the airline continues to improve its inflight offering.

Emirates is also constantly updating its extensive library of content on ice, with over 100 movies and 200 episodes of TV being added each month.

Go down memory lane with this video.

Patrick Brannelly, Emirates’ Senior Vice President Retail, IFE & Connectivity said: “When Emirates introduced personal screens on every seatback in 1992, it was considered a massive industry innovation. Other airlines questioned the sense of this huge investment, estimated at about US$15,000 per seat at that time.

“But we quickly realised that our customers loved being entertained throughout the flight. It made their journeys feel shorter and fostered customer satisfaction and loyalty. Within a year, we were working to expand the content choice to 20 channels on Emirates’ Boeing 777s which were to join our fleet in 1995.

“We’ve never stopped improving our product. Emirates is constantly adding the best content from over 40 world regions to ice, our IFE system, and making sure that amazing content is experienced on the largest personal screens in the industry and through quality headphones and audio systems. Emirates has led in the inflight connectivity space too, from the introduction of satellite phones in 1993 to becoming the first to install systems that enabled mobile phones to be used on aircraft. Today every Emirates aircraft has connectivity – and we have already placed orders for the next generation of connectivity.”

Here is the timeline of improvements.

The total accumulated hours of entertainment includes over 3,900 hours of movies and TV and over 3,300 hours of music and podcasts. An Emirates passenger would have to fly over 500 times from Dubai to Sydney in order to consume the entire library.

The success of Emirates’ IFE investments and strategy is demonstrated by the loyalty and positive feedback from its customers across all cabin classes, as well as through the numerous industry awards including ‘Best Inflight Entertainment at the 2022 APEX Passenger Choice Awards®, AirlineRatings.com Best IFE every year since 2013, and ‘Skytrax World’s Best Inflight Entertainment’ every year since 2005.

In addition to entertainment, Emirates ice offers a range of other practical features, the-at include the ability to check the status of your flight while en route; a real-time view of the sky during take-off and landing from cameras that are fixed on the aircraft’s nose, tail and underbelly; a helpful travel guide about Emirates’ hub Dubai; EmiratesRED; the world’s first inflight TV shopping channel; and a range of personal development content including LinkedIn Learning.

h J R
Airline Ratings @Airline_ratings @philipkirk6 With that many Captain Kirks, you are sure to go into SPACE!!