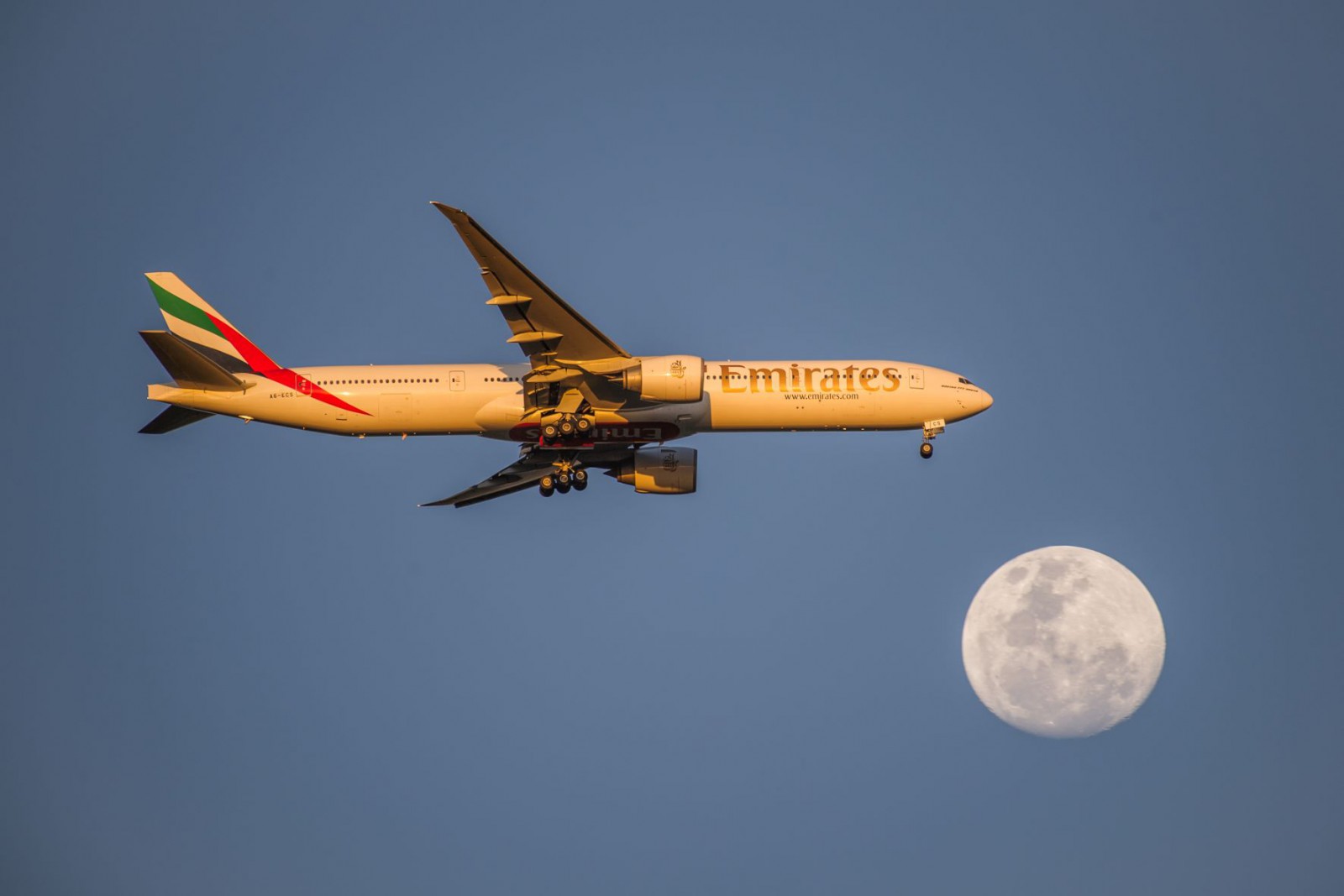 Richard Kreider has taken a stunning image of an Emirates 777-300ER framed by the moon on approach to Perth Airport from Dubai.

Mr Kreider took the photo in August when the moon was at 96 per cent one day before the full moon
which is called the Full Sturgeon Moon.

Born at a US Air Force base in France during the Cold War years Richard Kreider jokes that his first breath probably had a liberal dose of fumes from aircraft engines. And that exposure continued with him living under the flight path to Heathrow in his teenage years and he joined the Air Training Corps.

“I enjoyed the challenge of shooting night flight,” said Mr Kreider. “It is a hobby that does have its challenges since you have to respect the security of the airport and immediate surrounds.”