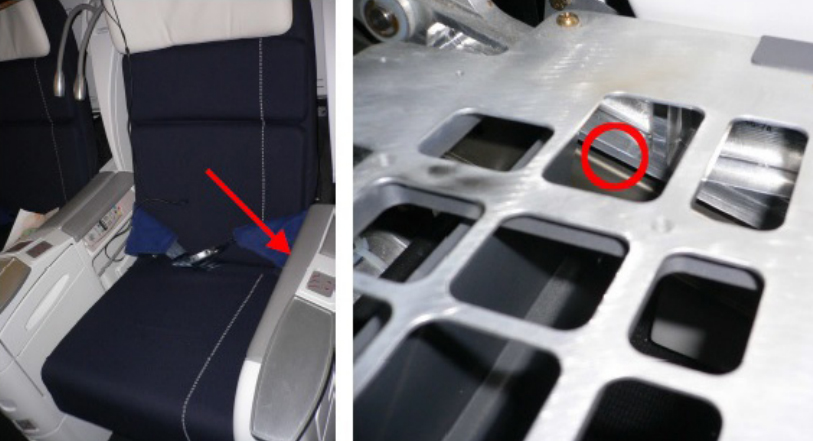 AUSTRALIAN authorities have renewed warnings about the dangers of carrying loose lithium ion batteries on aircraft after a passenger’s hand luggage caught fire in a plane at Sydney Airport.

The Montreal based UN International Civil Aviation Organisation earlier this year banned shipments of lithium ion batteries on passenger aircraft due to worries that they are a fire risk and pending a new fire-resistant packaging standard.

The move came after a 2015 report by aircraft manufacturers found firefighting systems on airlines would be unable to suppress or extinguish a fire involving significant quantities of lithium ion batteries.

That danger was highlighted in a 2014 incident in Melbourne which saw undeclared lithium batteries packed into a passenger’s checked bag short-circuit and ignite a fire in an aircraft hold before passengers boarded the flight to Fiji.

The latest incident involved a passenger on a Sunstate Airlines turboprop flight with several batteries in a cabin bag.

Transport Minister Darren Chester said the battery caught fire while the plane was on the ground and the issue was resolved. “Whilst there was no damage to the aircraft, several passengers did report feeling ill. This incident serves as a warning to the dangers of carrying these batteries on flights,” Mr Chester said.

“We are all reminded before boarding of potential items, including loose lithium ion batteries, that should not fly.’’

“Most passengers would be aware of the more obvious hazardous items that should not board an airplane including flammable liquids, dangerous chemicals or compressed gases, but everyday items must also be considered before boarding including toiletries, aerosols and tools.’’

Under most international regulations, spare lithium ion batteries CANNOT be carried in checked baggage under any circumstances but those under 100Wh —  the kinds used to power phones, laptops and cameras — can be carried in cabin baggage.

Batteries bigger than this, such as those used in power tools, either need special permission from the airline or are banned completely, depending on their rating.

The Civil Aviation Safety Authority recommends that spare batteries be kept in their original retail packaging to prevent short circuiting. Alternatively, passengers can tape over the battery’s terminals or place each battery separately in a separate plastic bag or protective pouch.

The phones slip down into the seat, often when a passenger reclines the bed to sleep, and then are crushed when the traveller moves the seat while trying to find the device.

The spokesman said passengers should not try to move the seat or retrieve the phone and needed to call cabin crew to assist them.

According to Flight Safety Australia a new passenger safety video released by Air France addresses the issue of cabin fires, telling passengers not to recline or raise their seat if they lose their phone.

The warning, shown at 3:20 minutes, comes after a spate of cabin fires caused by passengers’ phones, spare batteries and iPads being crushed after falling down the side of their seats.

Qantas is also now making an announcement to this effect as part of their safety briefings after a similar incident on a Qantas A380 to that on Air France.

The Qantas announcement makes special mention about the dangers of moving ones seat to find the phone and instructs passengers to call a crew member.

The airline also makes verbal announcements to warn passengers about the danger.