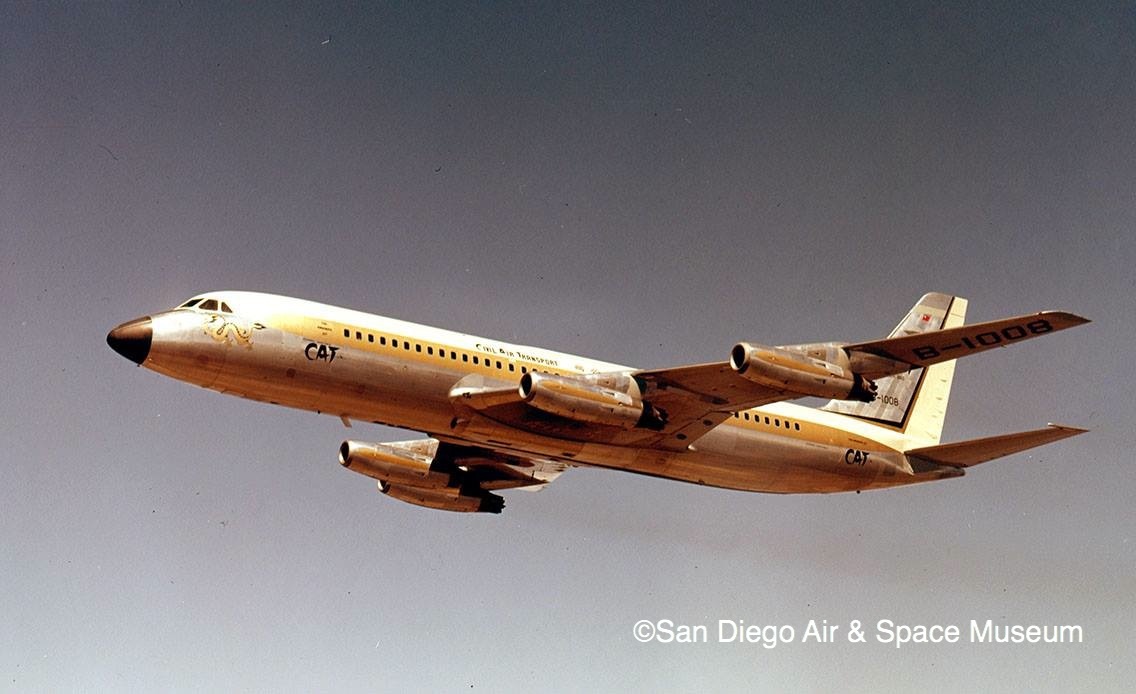 No story best illustrates the progress of technology in aviation than that of the increase in reliability and power of the jet engine plus fuel burn reduction and its impact on the success of aircraft designs such as the Convair jets of the 1960s.

San Diego-based Convair, a division of General Dynamics attempt to enter the jet age in the late 1950s with the four-engine CV880 and CV990 as a follow-on to its successful twin-engine piston CV240, CV340 and CV440 family was a disaster due mainly to the advancement of the jet engine.

The project was also bedeviled by its sponsor Howard Hughes who wanted a smaller jet than the 707 for medium-haul routes for Trans World Airlines.

The story, or rather the fiasco that followed, saw $425 million written off in 1961 – the biggest corporate loss in aviation history, according to the January 1962 issue of Fortune magazine.

SEE stunning new photos of the 707

Not only did Hughes insist on a host of design changes, he even insisted on the aircraft having a metal skin with golden anodizing. At one stage, the aircraft was dubbed the Golden Arrow because of this. Later, the anodizing was dropped because of batch match problems, and the name was changed to 880, denoting the speed it would travel in feet per second.

However, Convair engineers said the 880 represented the number of changes that Hughes insisted on, typically at midnight car park meetings.

But competition was intense from Boeing, which reduced the size of the 707 to compete on the medium-haul routes and the resulting 720 won orders from many big airlines, including the giant United Airlines after Convair refused to increase the width of its five-across jet.

That loss led to drastic measures at Convair, which pursued American Airlines’ business by guaranteeing an enhanced 880 would beat the competition coast-to-coast by 45 minutes.

Later with further advancements, a twin-engine would replace both three-engine and four-engine types.