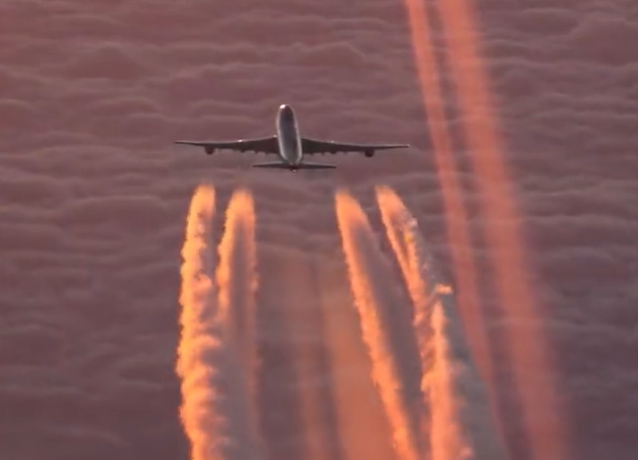 Loub747 has captured two jets chasing the sun across the Pacific Ocean at sunset with vapour trails streaming from the engines.