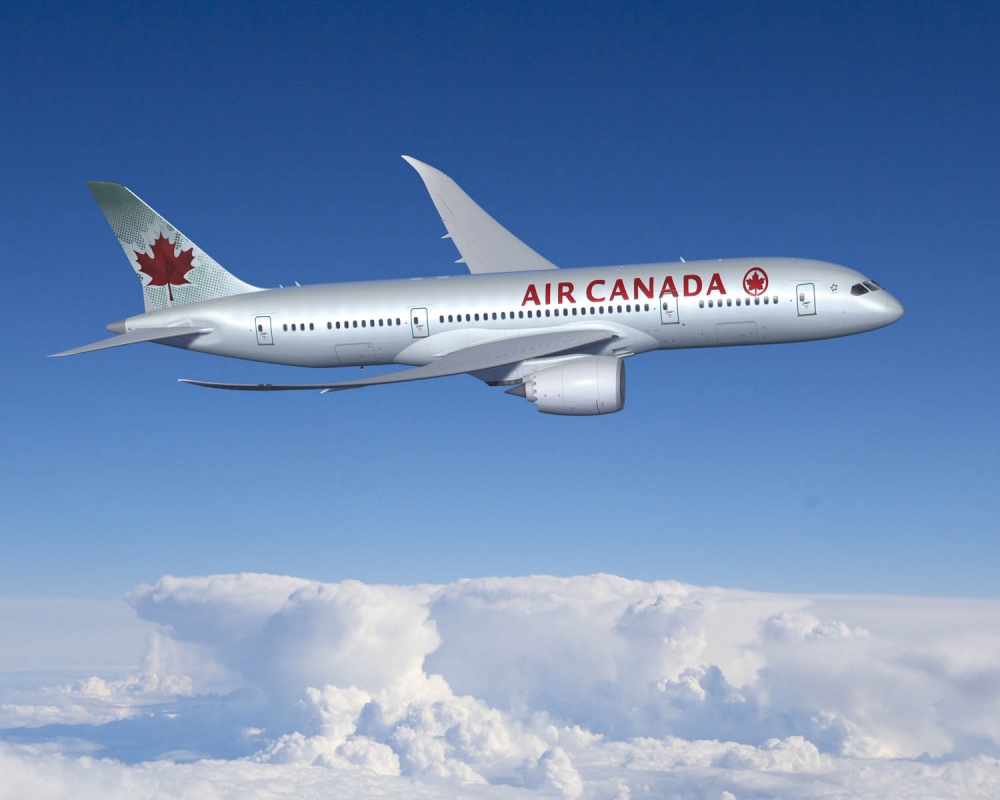 Air Canada takes delivery of the first of 37 Boeing 787 Dreamliners next year. Technically, this 787-8 will have much the same specs as its fellow “seven-eights.” What Air Canada, and its competitors, rely on to differentiate their particular aircraft from the pack goes a lot deeper than the paint scheme, the livery. It’s the cabin that counts

Now we know – in detail – what the Air Canada craft will be like on the inside. To take a virtual tour go to http://787.aircanada.com/en.

Start with the pointy end of the airplane, in Business Class. That’s where 20 180-degree lie-flat seats nestle in individual pods. All of them impart plenty privacy and have direct aisle access. There’s no clambering over your seatmate in the middle of the night to use the restroom.  Those seats are fitted with pneumatic cushion headrests, replete with massage to work out the kinks during a long flight.

If, like this AirlineRatings.com scribe, you can’t sleep zipping through the heavens at 35,000 feet (10,600 meters) there’s ample opportunity to be entertained. Air Canada says the 18-inch personal entertainment screen is “the largest offered by a North American carrier in business class.” To keep you going through the movie – or fuel you for a bit of work – the carrier sports a new espresso and cappuccino service up front.

The 21 folks who find themselves just behind the curtain in Air Canada’s Premium Economy cabin don’t have it bad either. Each seat offers a decidedly decent 38 inches of legroom, 19.5 inches of width, and seven inches of recline. Seats are arrayed in a 2-3-2 configuration. You’re never more than one seat away from the aisle. The video screen in Premium Economy is either nine or eleven inches.

Regardless of the cabin, the atmospherics are the same. Lower cabin pressure and higher humidity really do improve passenger comfort. Your sinuses will thank you for booking a 787 flight. Remember, the Dreamliner’s fuselage is composed of composites, not metal. It’s the metallic composition of traditional airliner fuselages that limits the amount of humidity that can be introduced into the cabin. Metal can corrode. Not so composites.

Air Canada intends to deploy the first of its fleet of rapier-like seven-eights on the longish 5,765-mile/9,275-km Toronto – Tel Aviv route beginning in July 2014.