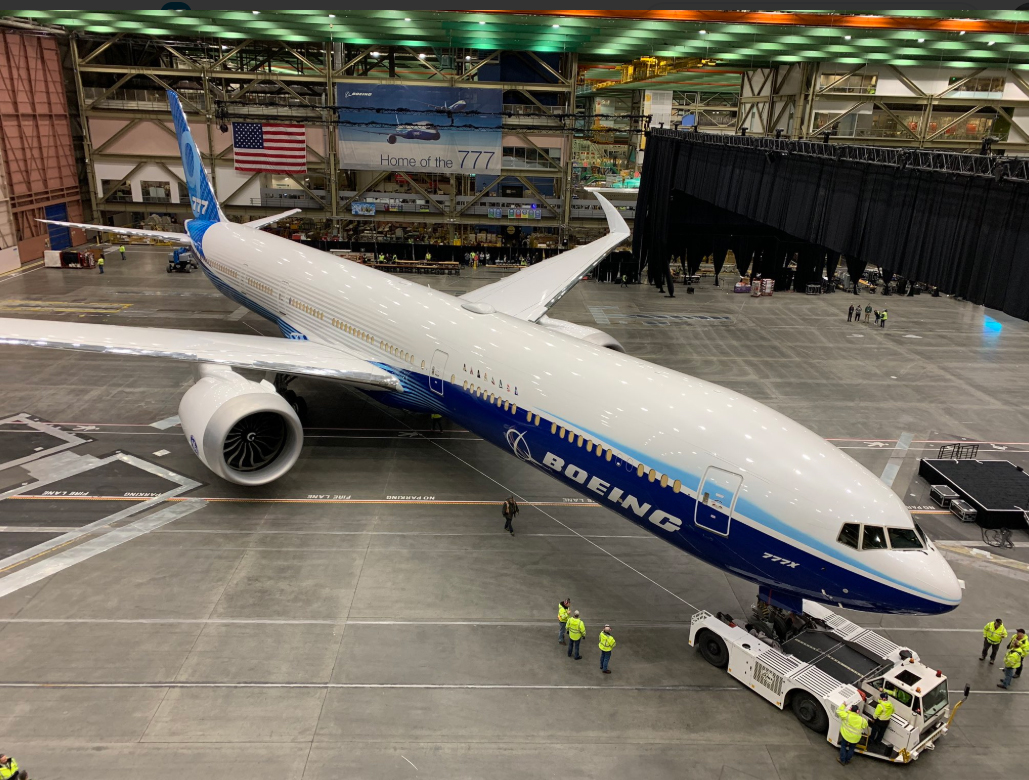 As the Farnborough Air Show kicked off in the sweltering heat of the hottest English summer on record Boeing sent out a message that it’s back in business and ready for an upswing in airline orders.

And those orders started flowing as the show started with US giant Delta Air Lines ordering up to 130 737 MAX aircraft.

Boeing Commercial Airplanes president Stan Deal told AirlineRatings.com that the company had “delivered 450 737 MAXs since the beginning of the return to service (Nov 2020} and the fleet is delivering on its promises of sustainability, fuel burn, and emission reduction.

That combination of performance has “resulted in over 1,000 gross orders, since the end of grounding [in 2020],” said Mr Deal.

“And we’ve flown 1.7 million flight hours with a dispatch reliability of 99.5 per cent.”

Over the past year, Boeing has faced a multitude of challenges with getting the MAX back into airline service, production problems with its 787 and certification delays with its new 426-passenger 777-9.

But many of the issues are resolved or on track.

The 787 production issues have been rectified and deliveries are due to start again shortly with Mr Deal expecting orders to start flowing again.

“When you’re not producing [787s], it’s hard to get orders. Although we got a few last year. As we start deliveries, I think you’ll see the orders flow.

“The 787 is the backbone of many fleets around the globe. It was the most utilized wide-body aircraft during the COVID period, and largely, that’s because of the capability of what the airplane represented.

“Unprecedented cargo carrying capability in the belly, unprecedented fuel burn. Those two factors helped airlines during the pandemic and many of them use those airplanes to carry freight.

Mr Deal also believes that Boeing will win more orders for its giant 777-9 which it hopes to have certified by early 2025.

“It’s an aircraft that brings incredible efficiency to the market. A little bit bigger than the 777-300ER, but 20 per cent less fuel burden and compared to the A380 it’s more like 35 to 40 per cent.

Boeing had originally targeted a 2019 entry into service for the 777-9 but has had to delay the aircraft several times due to COVID and more complex certification criteria from the US regulator the Federal Aviation Authority.

This year Boeing launched a freight version of the 777-9 with orders from Qatar Airways for 34 aircraft followed by Lufthansa for seven.

Boeing holds orders for 341 777-9s in passenger and freighter models with Emirates the biggest customer with 115.

Further into the future, Mr Deal said Boeing is working on an all-new aircraft but is in no hurry to launch as it wants to refine a new streamlined digital design/production process.

That process is being led by Australian Linda Hapgood who was last year appointed to lead Boeing’s digital preparations for both the design of its next all-new commercial jet and the integrated production system that will build it.

As Program Manager Integrated Product Team for Digital Transformation at Boeing it is Mrs Hapgood’s mission to leverage all the expertise and innovation of the company’s 50,000 engineers and the lessons of over 100 years of building aircraft, rockets, satellites and space stations and move it all onto a virtual world for integrated design, test, production and service.

The concept entails creating a digital environment where the next new aircraft and production system to build it can be designed together and then the aircraft can be built in a 3D virtual world 1000s of times before the first physical aircraft is built saving hundreds of millions of dollars in development costs.