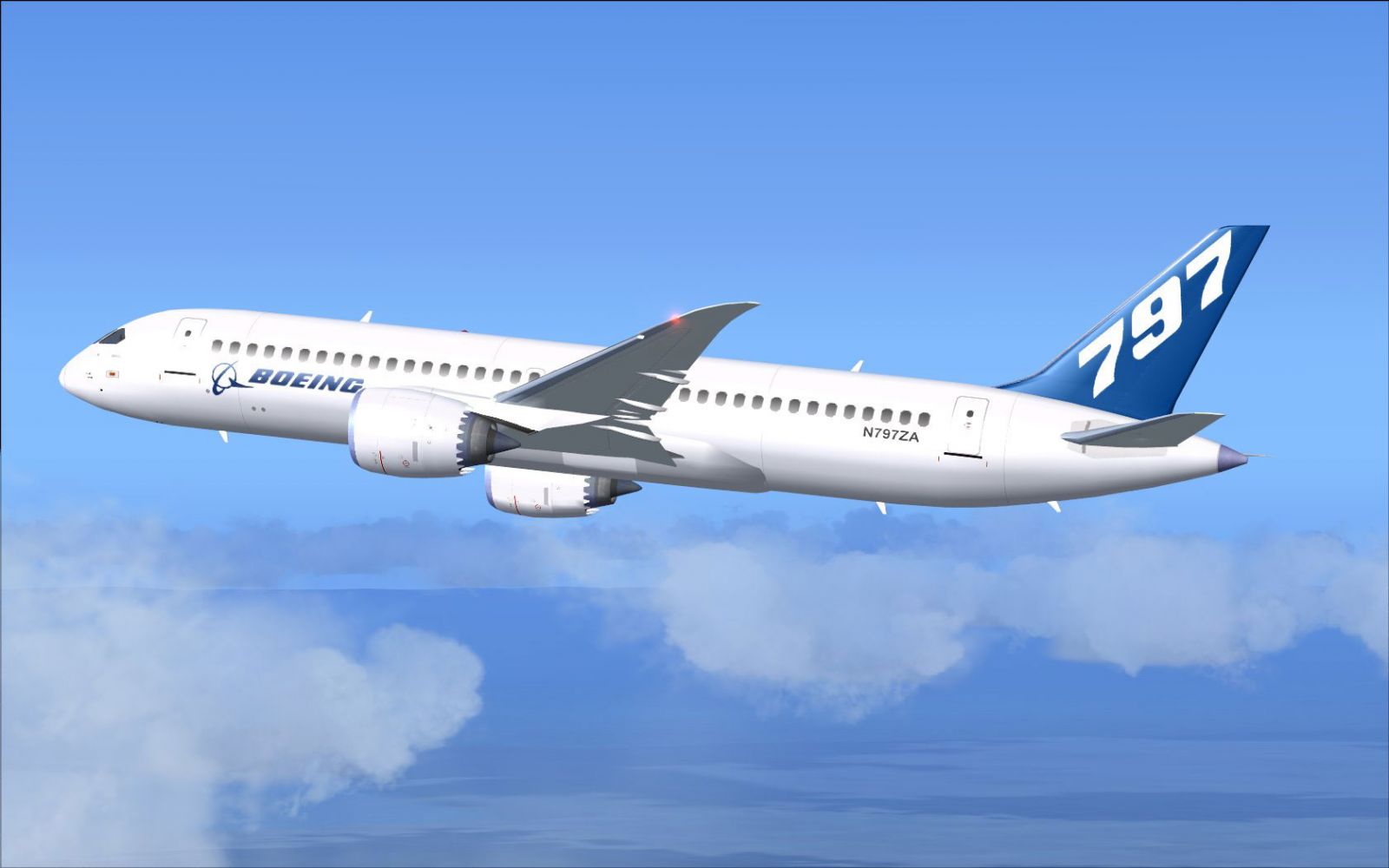 The Boeing 797 – an aircraft that airline passengers will love – is back on the drawing board despite Boeing’s record 2020 loss.

Speaking with a select group of analysts this week Boeing’s president and chief executive officer David Calhoun said that the aerospace giant is progressing well on engineering and manufacturing forward technology development according to one who spoke with Airlineratings.com.

Mr Calhoun also added that it is ready when that moment comes “to offer a really differentiated product.”

And that product is expected to be what is called a middle-of-the-market twin-aisle 220-270 seat aircraft with a range of about 10 to 11 hours.

The 797 will be made of composite material like the 787 and have all-new engines, but will be designed just for medium-haul routes and thus not be as heavy.

The secret to the economics of the 797, which would sit between the single-aisle 737 and the much larger 787, is new technology.

Late last year Mr. Calhoun told media that Boeing has “some incredible underlying technologies that are going to support the point-design for that next airplane,” and it would assess the market toward the end of this year.

Boeing had put the design effort on ice and the beginning of COVID but has since reactivated work.

The reality is that competitive pressure from Airbus is forcing Boeing to move forward.

That range shortfall is critical in the COVID-19 world with non-stop capability essential to bypass virus hotspots.

Boeing’s next largest offering is the 787 which can seat between 381 and 400 but carries all the structural weight -and thus cost – for long-range operations such as Perth to London nonstop.

The question for Boeing – and the market – is, does it go for the more luxurious twin-aisle design or a conventional single-aisle model.

The twin-aisle concept is what was exciting airlines before COVID-19 with Qantas’s CEO Alan Joyce saying Boeing would be “crazy not to do it.”

“We think it’s a fantastic aircraft on paper that looks good for what we want. And I think they’re hearing that quite a bit,” Mr. Joyce told Airlineratings.com last year.

Challenge is, while the COVID-19 world is all about lower passenger numbers for the shorter-term, designing and building a new design is a 30-year project.

The 797 concept is not new and has been around since the 1980s when McDonnell Douglas, now merged into Boeing, touted the Advanced Twin-aisle Medium Range (ATMR) aircraft (three photos below).

While Atlanta-based Delta Air Lines wanted the ATMR, later named the DC-11, McDonnell Douglas management balked at the risk despite an order for 60 and shelved the design.

Fast forward to 2021 and a raft of technology and engine improvements make a twin-aisle design viable and desirable.

COVID-19 has made passengers extremely health conscious and being cramped in an aircraft, never popular – is now a major detriment to travel.

A twin-aisle aircraft would give passengers much greater space not to mention at least 50 percent more overhead baggage storage.

With airlines struggling to stay in the air launching a new design will require some innovative financing and Boeing would need to work closely with its historic partners in Japan and Italy.

China could also play a much greater sub-contracting role with a possible production line in that country.

Analysts suggest Boeing could launch in 12-months with entry into service in 2026/27.