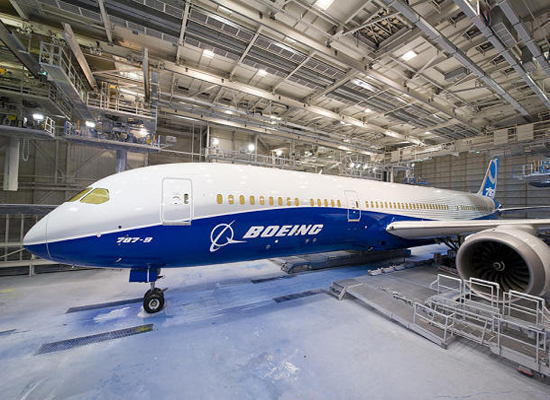 Boeing has completed painting the first 787-9 and it’s the first to sport Boeing’s new corporate livery.

The first 787-9 will eventually be delivered to launch customer Air New Zealand after the certification process.

Boeing 787 program’s vice-president of aeroplane development, Mark Jenks, who has been with the 787 since its inception and has seen the good, the bad and the ugly of the program, is very upbeat.

“There is no question that 787-9 production has benefited from the hard lessons of the 787-8,” Jenks told AirlineRatings.com. “The performance of the 787-9 has just been extremely steady.”

Amazingly, instead of gaining weight it has lost several hundred kilograms compared to its final configuration in 2010.

“So, again, given some of the struggles in the past on this program it’s been really very encouraging.”

In fact the 787-9 schedule reset two years ago has been maintained.

“This is much more in keeping with our tradition of doing airplanes,” adds Jenks. “There is very little – [almost none] – travelled work.”

Boeing says the 787 program is on track to achieve a planned 10 per month rate by year-end. And the company is looking at ways to increase production.

The 787 is the most popular twin-aisle commercial aircraft ever launched with sales of over 930.