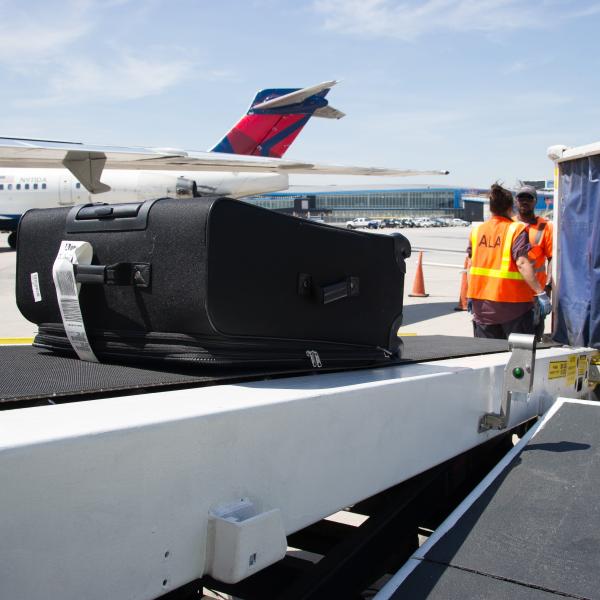 New survey says satisfaction with US carriers has increased.

Four out of five people said airlines addressed their complaints

Almost half of Americans took to the air last year, according to a new survey that has uncovered some surprising results.

The survey,  Status of Air Travel in the United States,  found that 49 per cent of respondents flew last year and were more satisfied with the service they received. The proportion of people flying compares to just 21 per cent who flew in 1971.

“It’s a profound figure,” said John Heimlich, vice president and chief economist of Airlines for America (A4A), the industry trade group that commissioned the poll.
Heimlich pins the increase to the success of airline deregulation “ creating something that was for privileged few and opening it up to the masses, making it a basic form of inter-city transportation.”

The survey was conducted in January by Ipsos Public Affairs.  It examined who was traveling by air, why and how often.  Ipsos also asked flyers what factors they considered when buying a ticket.

While more people are flying in the U.S. they also appear to be more satisfied than in recent years.

According to the survey, 85 percent of 2016 passengers said they were “very satisfied” or somewhat satisfied—up from 80 percent in 2015.

A breakdown shows that adults between 18 and 34 and those in households earning between US$50 and $99 were among most satisfied with their travel experience.

Flyers who had  a gripe could complain to an airline and, it seems, somebody was listening.

A4A says 81 per cent of those with a gripe reported the carrier had “addressed their complaint satisfactorily.”

Satisfaction begins and ends on the ground. Helping ease passage through security and the arrivals process are a pair of governmental efforts: Global Entry and TSA Pre. A4A found satisfaction for those enrolled in these programs was 92 percent and 88 percent, respectively.

Who’s flying these days? The answer may surprise you. A full 51 per cent of trips were for personal leisure purposes.

Eighteen per cent had to do with personal non-leisure reasons. That leaves the rest of the flights—31 percent—to business travelers.

So, does this mean the airlines will be spending more money on folks in the back of the aircraft?

Heimlich says they already are.

“What we’re seeing is re-investment across the board: Wi-Fi throughout the cabin, in-flight entertainment options throughout the cabin,’’ he says. “You have (free) meal service coming back on domestic economy markets…as the airlines have realised financial improvement, they’ve been reinvesting in the product.”

Getting the product off the ground on time remains a bit of a sore spot. A4A says 78 percent of Americans support reforming air traffic control —specifically separating ATC operations and safety oversight. Currently,  FAA handles them both.

So what survey finding that most surprised John Heimlich?

“For the business traveler, I was a little surprised that…they put affordability first and schedule second, much as the personal and leisure flyer does,” he says.

“Realizing how price-sensitive the business traveler is was a real eye opener.”