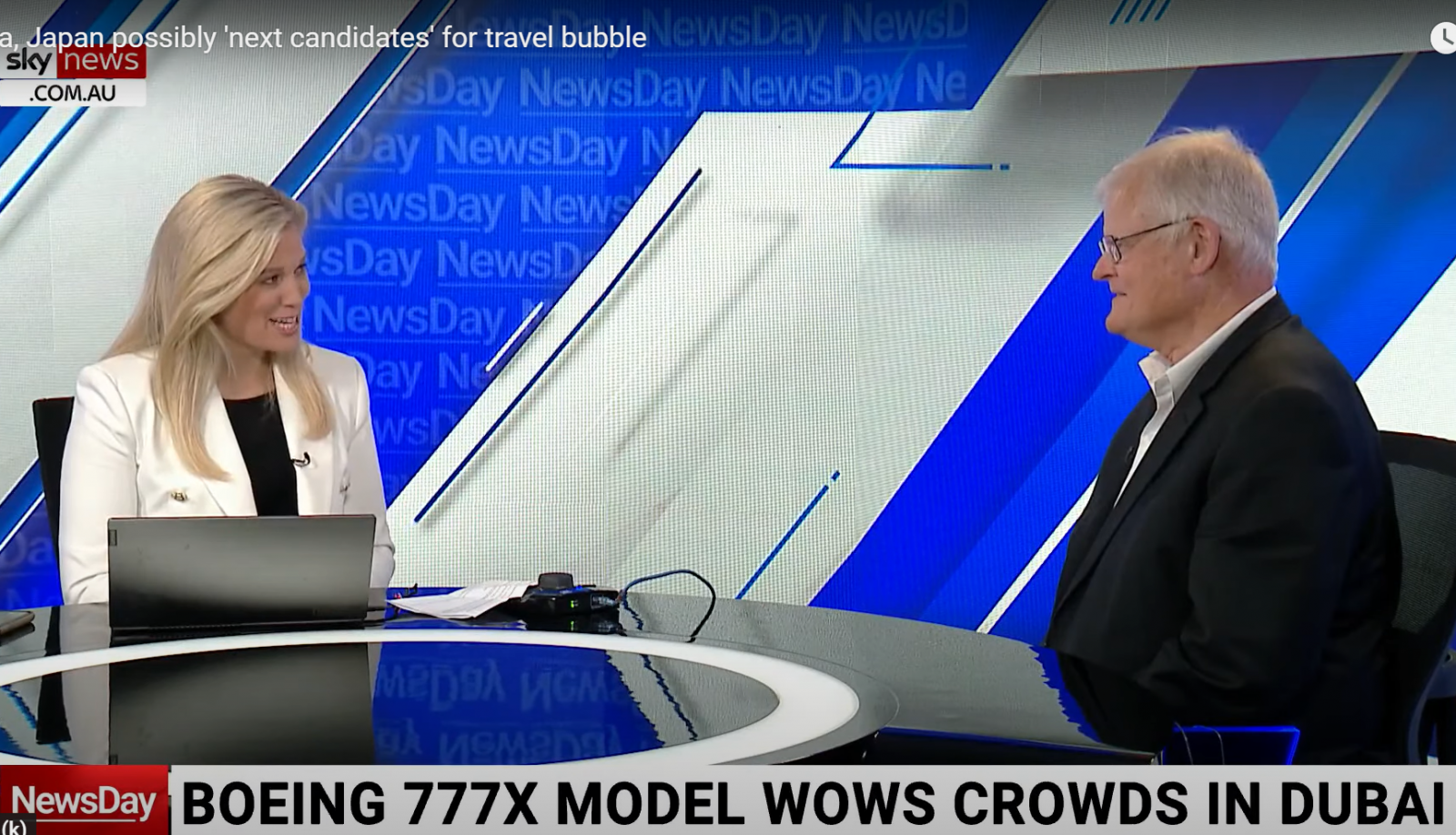 AirlineRatings.com Editor-in-Chief Geoffrey Thomas has appeared on Skynews Australia to discuss the Boeing 777X that stunned the crowds at the recent Dubai Air Show.

He also discussed the travel bubbles from Australia.

READ: What we have learned so far from the revolutionary tracking of MH370

READ: Virgin Australia adds 7 737s and bring back all staff

Geoffrey Thomas is a world-renowned multi-award-winning writer, author, and commentator who has taken a holistic view of the aviation industry for more than 50 years.

Geoffrey has an outstanding reputation with the media, public, aviation personnel, and government officials while being an outspoken no-nonsense but fair critic of many aspects of airline management, technological issues related to aviation, and those related to safety and the environment.

In 2018 Geoffrey was awarded a Lifetime Achievement Award at the Aviation Media Awards held at the Royal Aeronautical Society in London and in 2020 a Decade of Excellence Award at the Singapore Air Show.

Geoffrey Thomas has co-written eleven books with Christine Forbes Smith and has delivered guest lectures at the University of Southern California and Curtin University in Western Australia.