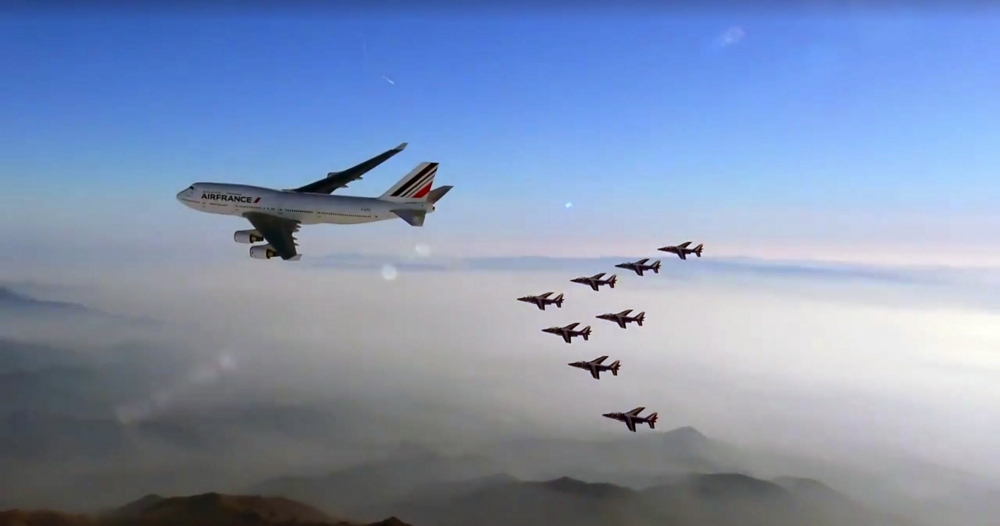 Air France has paid tribute to the Boeing 747 that has served it well for 45 years with a magnificent formation flight with France’s crack aerobatic team, the Patrouille de France.

The French airline once had a massive 68-strong fleet of 747s but flew its last passenger flight – AF439 – from Mexico City to Paris CDG on January 11.

Then just a few days ago the airline flew the Queen of the Skies around France’s Camargue region, in formation with the French Acrobatic Patrol’s 12 Alpha Jets.

Today smaller more fuel efficiency twin–engine aircraft like the Boeing 777, 787, Airbus A330 and A350XWB are replacing 747s in the world’s fleets.

While some airlines have opted for the A380 for most the super jumbo is too big.

However some airlines like British Airways love their 747s and are planning to keep them flying through to 2020.