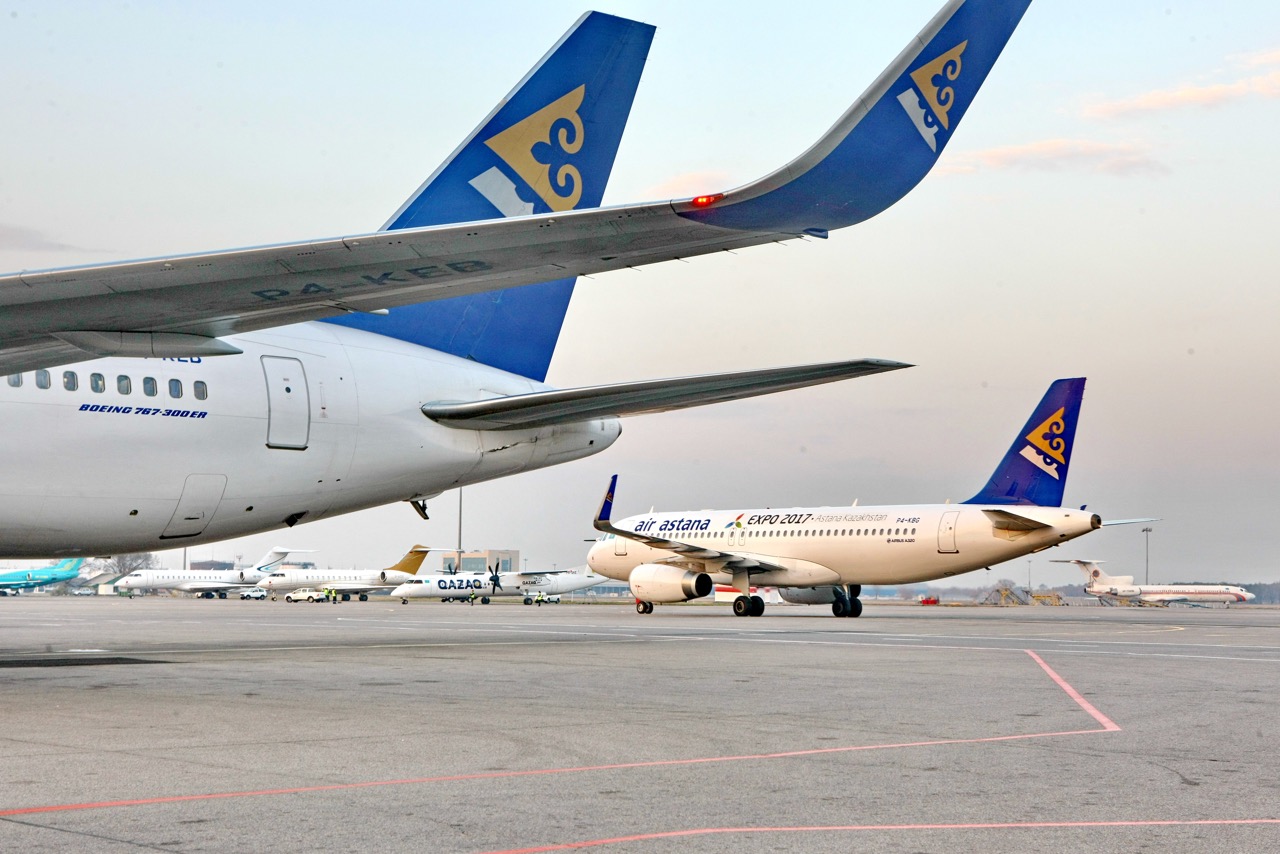 The 57-year-old Englishman and industry veteran has seen the national airline of Kazakhstan develop into Central Asia’s most successful carrier since taking office in 2005.

During that time, he has relentlessly worked to establish a fully-fledged code sharing agreement with Germany’s Lufthansa – and now it has finally happened, effective from the summer schedule 2018.

Frankfurt is Air Astana’s most important European route, not least because there are deep ethnic ties between Kazakhstan and Germany.

The route has been served daily since 2010 and has a flight time of about 5.5 hours with time difference of five hours.

“Through the code sharing we expect a passenger plus of 20 percent  on the Frankfurt route,” Foster says in an interview with AirlineRatings at the airline’s head office in Almaty.

The codeshare will see Air Astana adjusting its route network to so the flight from the Western Kazakhstan oil city Atyrau moves from Amsterdam to become a six times weekly service to Frankfurt.

“We already have 14 slots in Frankfurt but utilized only half of them so far,’’ Foster notes. “Now we will have daily flights from Frankfurt to Astana, six weekly flights to Atyrau and one a week to Uralsk in Northwestern Kazakhstan.

“This is mostly a strategic move, with the code sharing Lufthansa will feed us traffic from the oil industry from places like Houston or Aberdeen, we have a very successful partnership now.”

This achievement with Lufthansa gives Peter Foster hope that he could be able to strike a similar deal with a US airline.

“We need a partner airline in the USA,’’ he adds. “But unfortunately the carriers there are so America-centered that it is a massive challenge just to receive an e-mail answer from United or American Airlines.

It’s a fact that neither Kazakhstan nor Air Astana enjoy a strong identity or a clear image profile. More importantly, they don’t represent a big passenger market.

But Foster doesn’t see the need to rebrand.

Kazakhstan has only 18 million inhabitants but is strategically interesting due its location.

It’s a gateway for easy access to important economic powerhouses in the region that are difficult to get to otherwise.

A good example is Ürümqi, a metropolis of three million people in Northwestern China and important hub for the automotive industry. From Almaty,  it’s a mere 90-minute flight away.

Air Astana has declared the region to its second home market, nominating hard-to-reach destinations such as Omsk and Novosibirsk in Russia, Bishkek (Kyrghyzstan), Dushanbe (Tadjikistan) or Tashkent in Uzbekistan.

It evolved into the dominant airline of the region because of a lack of its own substantial passenger market and a decline in domestic traffic.

The oil price slump led to a big fall in the Kazakh economy coupled with a devaluation of the local currency Tenge.

In 2016, this challenging climate led to the first-ever  decline in passenger numbers compared to the previous year.

Meanwhile, the oil price has risen three fold from a low of  $US20 per barrel, taking the local currency with it.

“After we made only an operational profit … in 2016, 2017 brought the turnaround and we were able to achieve a steep rise in passengers carried to over five million,” Foster says.

The increase came after the CEO revised the carrier’s strategy, “away from point-to-point traffic to and from Kazakhstan, and towards becoming a network carrier”.

Half of all tickets are now sold outside of Kazakhstan and 20 percent of Air Astana’s turnover is now achieved as a network carrier offering sixth freedom flights beyond Kazakhstan.

“In 2016 our network business rose by 66 percent, then in the first half of 2017 again by 25 perent while point-to-point traffic grew only by 6 percent,’’ Foster says.

By 2026, Air Astana wants to carry ten million passengers with a fleet of 64 aircraft, basically doubling numbers in both areas.

The airline benefits from its exceptionally low production costs. Although it is a full-service carrier,  the cost per available seat kilometer (CASK) is only 5.2 US cents, a world record in this segment and a number only a few ultra LCCs ever achieve.

For 2018,  new destinations will be in the most important markets of Russia (Tyumen and Chelyabinsk) as well as in China (Chengdu).  Over the longer term, Foster also has declared Singapore and Tokyo as potential destinations.

Fleet-wise 2018 will be a milestone year for Air Astana, as it receives new additions in the form of two Airbus A320neos and two A321neos as well as two Embraer 190-E2s.

These are replacing older aircraft of the same types. Currently Air Astana operates 31 aircraft, among them 13 of the A320 family.

From March 2019,  the first of four A321neo LRs ordered will arrive. Air Astana is launch customer for the long range version, which will replace three Boeing 757-200s.

The A321neo LRs will be deployed on Air Astana flights to Bangkok, Seoul, Kuala Lumpur and Hong Kong, but also to Moscow, Istanbul, Dubai and Beijing.

They will be fitted out with the same Business Class product as the current Boeing 767s.

“We will possibly deploy them on direct flight to the US,” Foster says.

That is, if he secures some definitive answers to his queries from the States,.