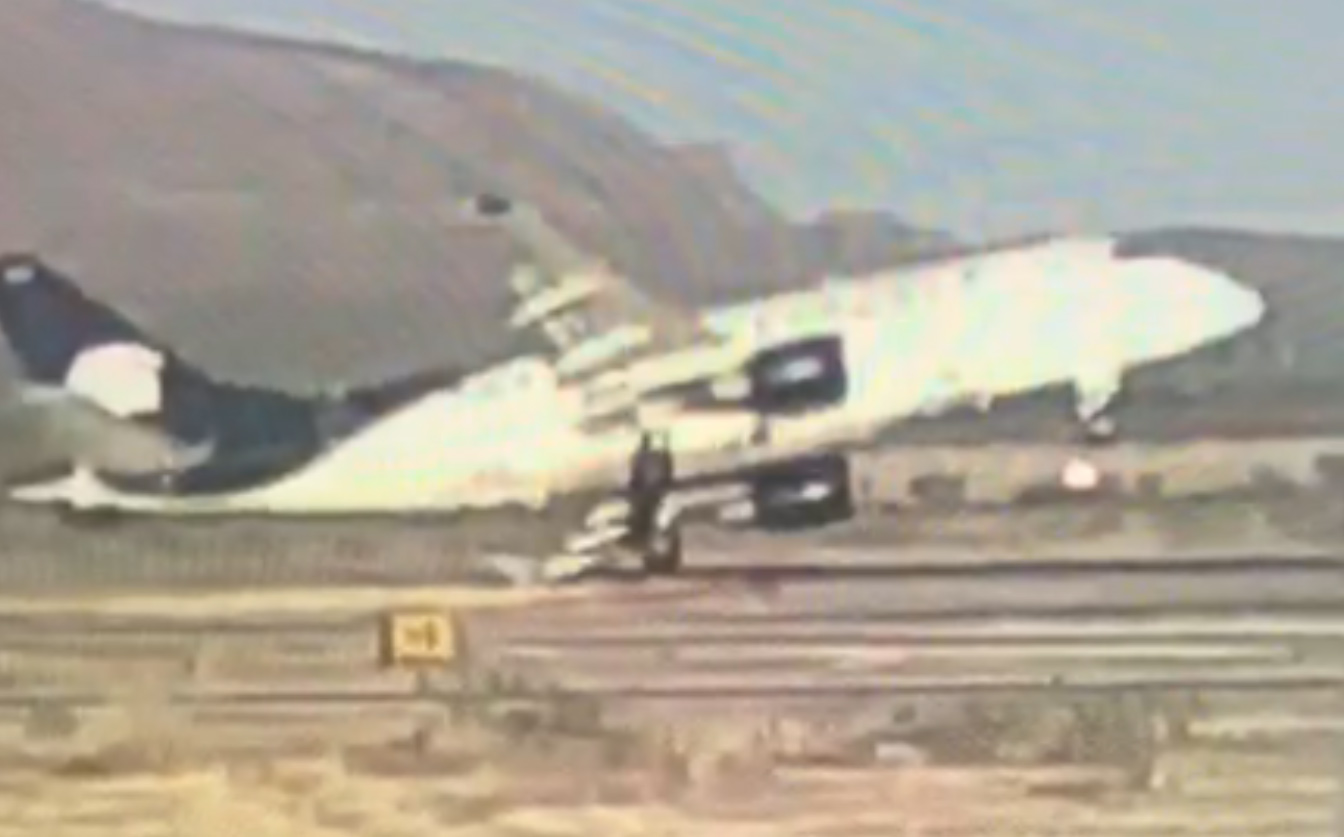 Dramatic vision has emerged of an Aeromexico ERJ-170 jet striking the runway on take-off from Chihuahua Airport, Mexico.

The website said that the flight returned to the Chihuahua Airport.

Aviation-safety.net said that the weather (wind) about the time of the incident was reported by the Tower controller to other flights to be 260 degrees at 26 knots, which was across the runway.

In the video below you will notice the windsock is pointing directly across the aircraft’s take-off direction.

On July 31st last year another Aeroméxico ERJ was involved in a wind shear incident.

In the flight crew on board flight AM2431 consisted of a captain, co-pilot and an observer. The observer was a licensed commercial pilot with a rating for a Beech King Air according to Aviation-Safety.net.

He was in the process of obtaining a type rating for Embraer jets and had accumulated 64 hours of simulator time.

However, there was a thunderstorm developing and during the takeoff roll there were notable variations in airspeed and wind direction.

Just after liftoff, the wind changed direction from the right-hand side at 33 knots and this suddenly became a 22kt tailwind.

TWITTER FEED
Airline Ratings @Airline_ratings A pictorial tribute to @Qantas @Boeing #B747 as she readies for her last flight. @SydneyAirport @PerthAirport… https://t.co/Jq8ArVUByj