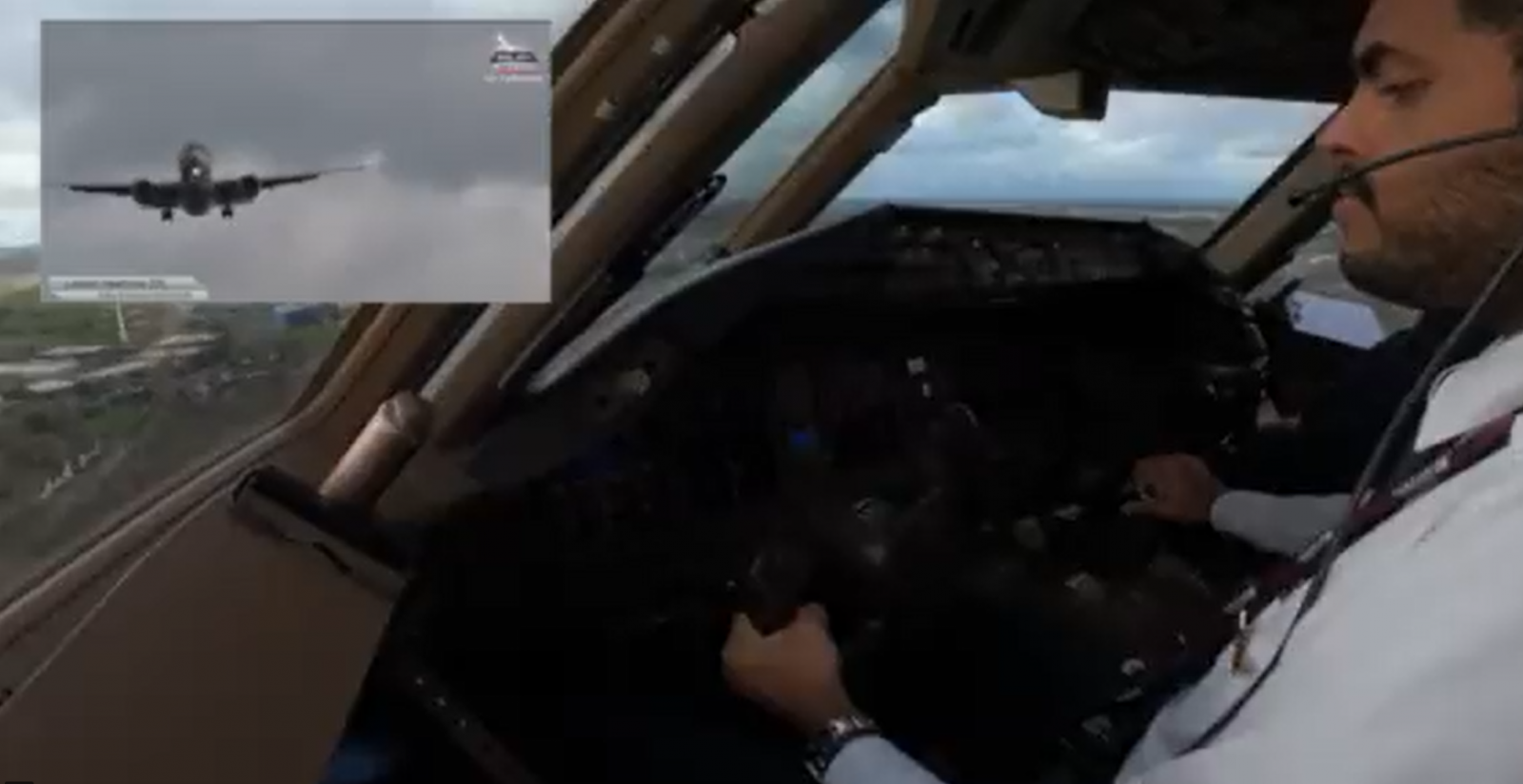 The side-by-side video posted by @AlexInAir features the UK’s popular Big Jet commentary of the action.

The storm with wind gusts up to 120mph battered the UK with many aircraft forced to go around or divert at airports across the country.

Our rating system is rated from one to seven stars on safety – with seven being the highest ranking. Within each airline you will find the country of origin, airline code, booking URL, and seat map information. The rating system takes into account a number of different factors related to audits from aviation’s governing bodies, lead associations, as well as the airlines, own safety data. Every airline has a safety rating breakdown so you can see exactly how they rate.