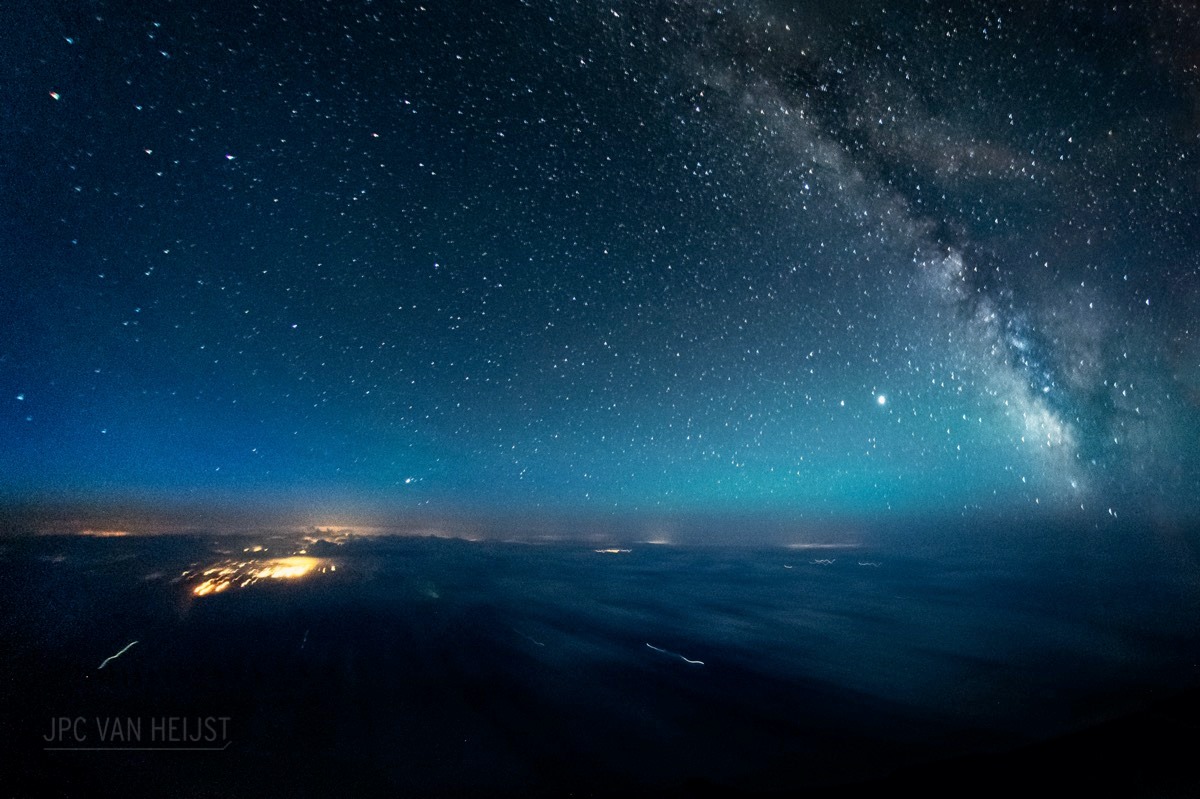 A stunning picture of the night sky has been posted by 747 pilot  Christian Van Heijst as he cruises across the Atlantic on a clear night.

Christiaan takes up the story;

“Let there be light.

“Approaching the Irish coastline, the first artificial lights glide by since we started crossing the ocean hours ago.

“It was one of the shortest nights of the year and the faint glow of a combined sunset and sunrise was still present over the horizon. Dim enough to make me wonder and stare into the abyss of space.

“That giant unexplored vacuum of time and space with all those stars and worlds, so incredibly far away.

“In this single exposure, my camera captured thousands of stars, some of them relatively close by, others so far away their light took maybe a hundred thousand years to reach me.

“The radiance of the milky way galaxy on the far right is always a magical thing to behold as well. Billions of stars, forming a gigantic spiraling cloud of light and mass. Mankind’s local neighborhood, our colossal island in a possibly infinite ocean. I’m wondering what’s happening out there.

“This night I was also treated to a rare juxtaposition of three local planets (actually four, I found out later), visible to the naked eye. Mars, Jupiter, and Saturn shining among the stars out there, while Neptune was naturally too dim to see with the naked eye. I guess it’s a field-day for astrologers with so many planets in close proximity.

“All photographed through the thick cockpit windows of a 747, cruising through the atmosphere of the third rock from our ordinary, average Sun.

Christiaan is one of the world’s leading aviation photographers and more of his work and more close encounter (s) from his 747 can be found here.
You can follow Christiaan on Instagram here: @jpcvanheijst